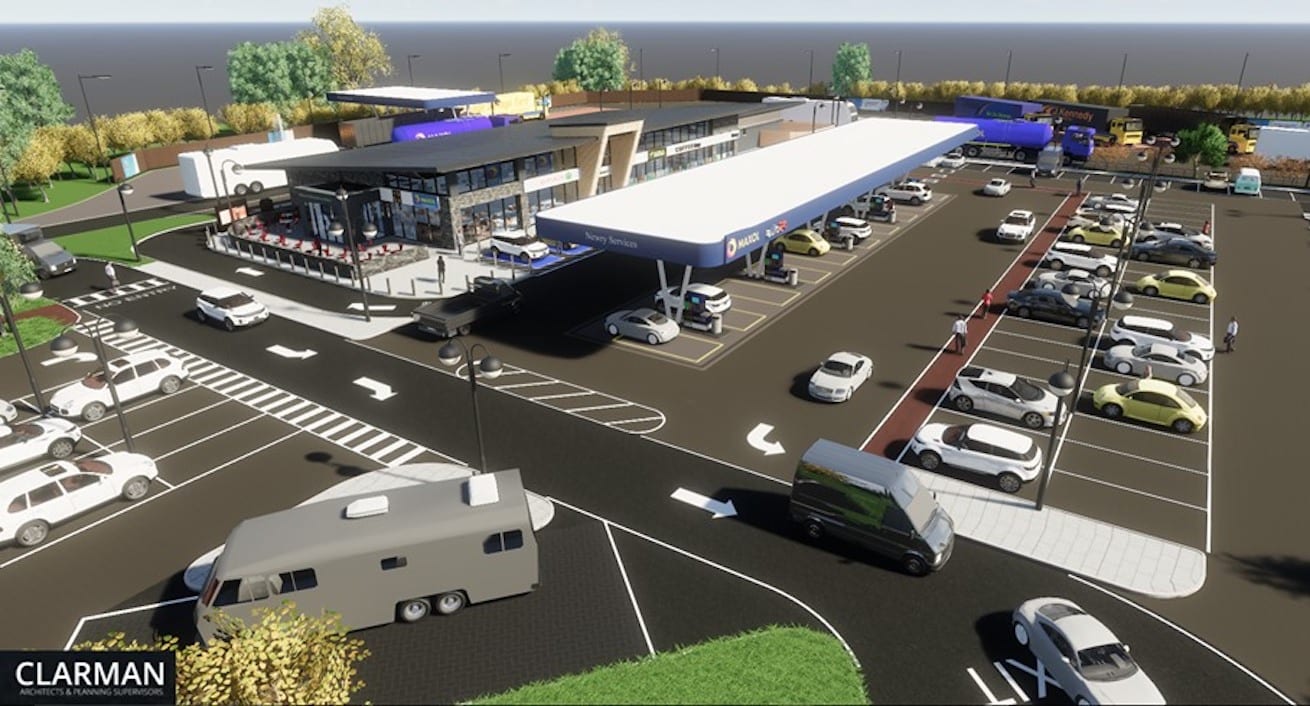 A new £6million roadside service station on the Belfast-Dublin A1 has been given the green light despite a recommendation for refusal.

The development – proposed by Maxol Ltd – has been under consideration for the best part of two years now.

However, as Armagh I reported in June, those plans were recommended for rejection by Council planners.

There were a number of delays over the last number of months but earlier today the application finally made it to the table where councillors went against Council advice.

A number of objections to the proposals were made including one from the group Birth Mothers and their Children for Justice NI group, who claim there is a “high potential for unmarked and unofficial human remains” in the area.

They say this exists because the land was previously owned by The Good Shepherd Sisters, who ran a Mother and Baby Home/Magdalene Laundry on site before the current ownership.

As Armagh I first revealed plans in August 2017, the roadside service station, if allowed to proceed, would create 60 jobs when complete and 80 during construction.

The development – which would cover an area in excess of 1,000 sq metres – would also include restaurant services, with no less than five food franchise restaurants and cafes – as well as a drive-thru – proposed.

The service station will be located along the A1 Southbound on the off-slip for Newry/Craigavon and some 300m west of the Carnbane Roundabout.