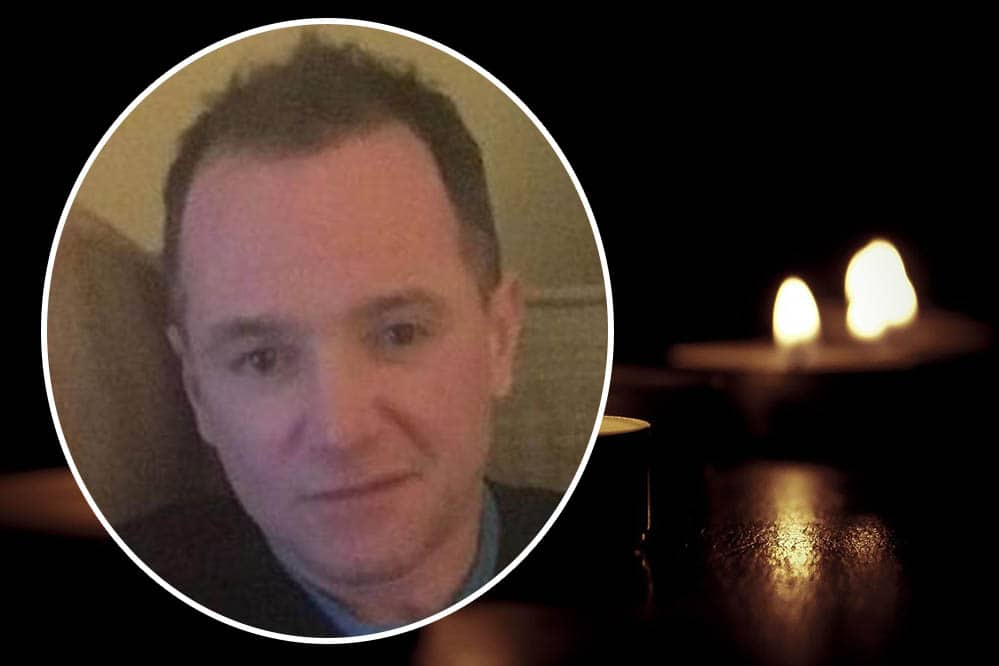 Mourners at the funeral of a popular young Newry man, who died tragically on a construction site in America last week, heard how he always was thinking of others.

Colm ‘Gunner’ Quinn lost his life last Wednesday, following a fall from a height, as he worked on a building site in New Jersey.

The 44-year-old was brought back home thanks to the efforts of the Kevin Bell Repatriation Trust, where he was today laid to rest close to his late brother, Thomas, following Requiem Mass at St. Brigid’s Church in the city.

Fr Conor McConville spoke both of the sorrow felt among the heartbroken Quinn family and the wider community, for a young man so widely-respected on both sides of the Atlantic.

“Colm was his own man; he was independent – someone who did his own thing,” said Fr McConville. “I’m sure many of you experienced that and saw that growing up with him in the Canal Street and Meadow area of Newry.

“He played football for the Shamrocks – soccer as well, and it is perhaps poignant that a local man who would have trained Colm many years ago – Marty McCabe – passed away recently. When Colm heard of his passing in America, he had written a mass card, which had arrived in the McCabe household on the very morning Colm himself was killed.

“There was Colm thinking of other people who were suffering, but little did he know what lay ahead of him.”

Colm had moved to the States in September 2002 where he was “well-received”.

Fr McConville added: “He was highly thought-of; first of all because he was a hard worker, skilled at what he did, but also because he was very amicable and friendly, a man who made friends easily.

“He made new friends as a newcomer but also, he befriended and helped out those who were newcomers after him, to give them a leg up, as they moved into a new world.

“We saw that at the memorial service on Sunday evening how well thought-of Colm was – a testament to the sort of person he was.”

Fr McConville recalled visiting the home house just a few days ago where a montage of photos hung on the wall, where one in particular showed the late Thomas with Colm – the oldest of six siblings – and their dad Tom.

“It was a photo of when they had gone over to the Frampton fight,” Fr McConville explained. “There was the three of them; it really brings home the terrible miss and tragedy that has unfolded this last while.

“They were over for a boxing match, and in boxing when you get a body blow, it can really knock you but in some ways the death of Colm would have almost been described as a blow below the belt, it was so unfair – these things should not happen, and yet it did. The whole tragedy of it does not bear thinking about.”

Colm was the devoted son of Tom and Mary, much loved brother of Donal, Ciara, Marita, Patrick and the late Thomas R.I.P. Treasured grandson of May and the late Paddy McDonald, Desmond and Rita Quinn R.I.P.