They took items including pots, pans and slippers before leaving the Menarys store without paying 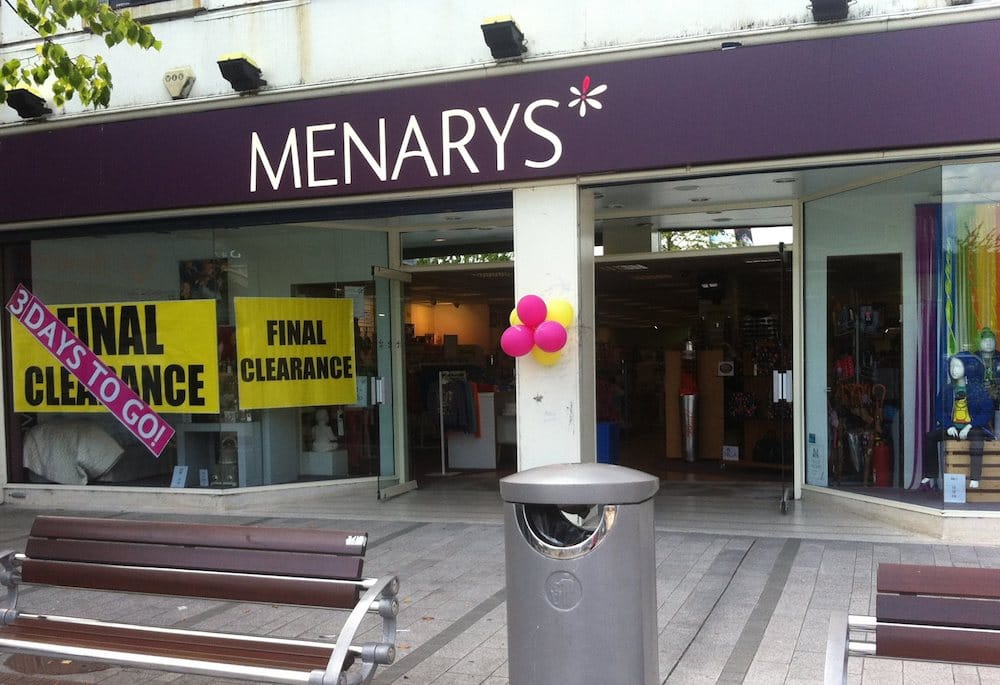 A Newry mother and son have admitted to having stolen over £150 worth of goods from Menarys.

The defence solicitor, representing both defendants, commented: “It was a case of one egging the other on.”

Mary Teresa Ward, 47, and Patrick Ward, 20, both of Main Avenue, pleaded guilty to a single count of theft at the city’s Magistrates’ Court on Wednesday, via videolink from their solicitor’s office.

Prosecution outlined that on October 27, police received a report from Menarys in Newry of the theft of a number of items.

The pair were identified as the defendants. Police attended their home address with a search resulting in all items being found at the property.

When arrested, Ms Ward made admissions with Mr Ward making no comment.

It was outlined by the prosecution that Mr Ward had no relevant convictions but his mother had, including three for fraud and two for theft.

Deputy District Judge Peter Prenter commented that a pre-sentence report would be required in the case against Ms Ward but that Mr Ward could be dealt with in the absence of such a document.

Addressing Mr Ward’s case, he said: “On the day in question he had been out shopping with his mother and I am instructed that they did not go into this store with any intentions.

“It was a case of one egging the other on. Both ended up lifting several items. There is very little else that can be said.”

Deputy District Judge Prenter commented “there is no record for offences of dishonesty” as he ordered the defendant to pay a fine of £200, along with the offender’s levy of £15, within 10 weeks.

Meanwhile, the case against Ms Ward was adjourned until January 6 for sentencing.