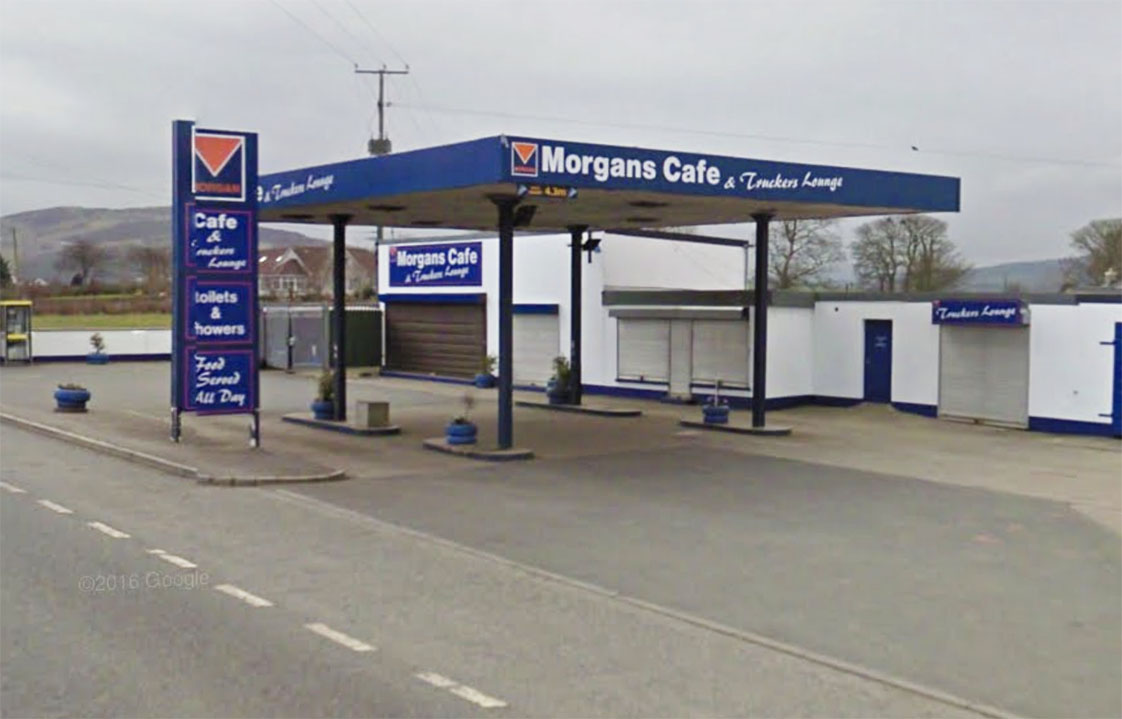 A new service station – complete with restaurant and retail service units – could be built on the Dublin Road, on the outskirts of Newry city centre.

Morgans Fuels Ltd is hoping to demolish an existing 24-hour self-service facility on site and replace it with a larger and more varied development.

And it has been estimated that the new enterprise will create more than 10 jobs at the service station site.

The additional outlets – described as ‘retail service units’ – would be earmarked for tenants such as a hairdresser or barber, laundrette and other such purposes.

The plans include a dedicated forecourt, convenience store – of around 250 sq metres – and a restaurant.

There would also be toilet provision for customers, and storage provided for on site.

There will be car parking – close to 80 spaces – with specific HGV parking to the rear of the new development.

A new right turning lane from the Dublin Road would be provided to ensure no inconvenience to traffic flow.

The full application relates to a site at 251 Dublin Road, which includes the 24-hour self-service station, and associated former commercial buildings, previously operated as ‘Morgan’s Cafe and Truckers Lounge’.

The proposal includes an expansion to the site taking in part of an adjoining field.

A design and access statement urges council to approve the proposals and points to the benefits for the local area.

It explains: “It will involve the demolition of the existing unattractive buildings on site and the development of a modern facility providing a wider range of retail, restaurant and retail service facilities for travellers on the road network.”

The application will now be considered and consultations conducted before a recommendation comes back to Newry, Mourne and Down District Council’s planning committee.