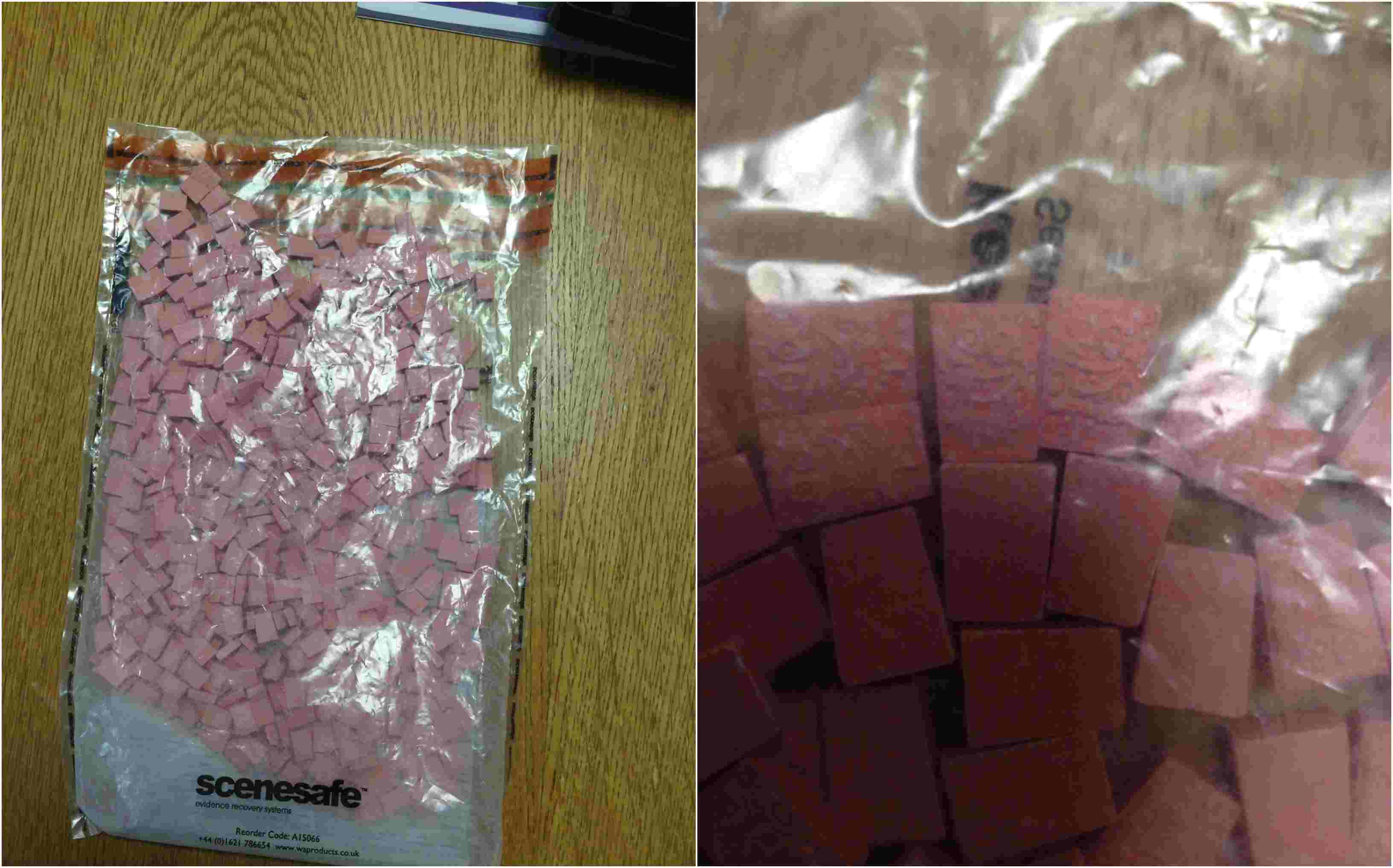 A suspected drug dealer who had been evading police for months was arrested in Newry on Monday.

Following his apprehension a number of suspected Class A drugs, pressed and shaped like cartoon character SpongeBob Square Pants, were discovered in the property.

Police say they were on the “lookout” for a male for several months in relation to the growth of cannabis and several cannabis factories located during police searches.

By chance, his car was spotted by an officer outside a house in the city.

A PSNI spokesperson explained: “Police entered the address and spoke to five occupants to ascertain the whereabouts of the wanted male.

“He decided a fake ID document and a snazzy new pair of glasses would maybe hide his known face.

“Further enquires in the house located the drugs (pictured).

“We believe these to be a Class A drug, shaped and pressed in the shape of SpongeBob Square Pants.”

The spokesperson added: “A Class A controlled drug, dressed up as a sweet, using a children’s cartoon character.

“It should be no surprise how angry and upsetting this is to a parent, that these drugs are so easily available and blatantly disguised in the form of sweets.

“Further items also believed to be Class A drugs were located and removed by the team as evidence and five persons facing a night in a cell with questions to answer.

“Our inquiries highlighted that one of these males also has matters to answer in another country and when required will be heading their way.

“We take all drug offences seriously, especially those so recklessly disguised as a sweets.”