Male motorcyclist airlifted to hospital following serious collision on A1

Accident happened around 3pm this afternoon 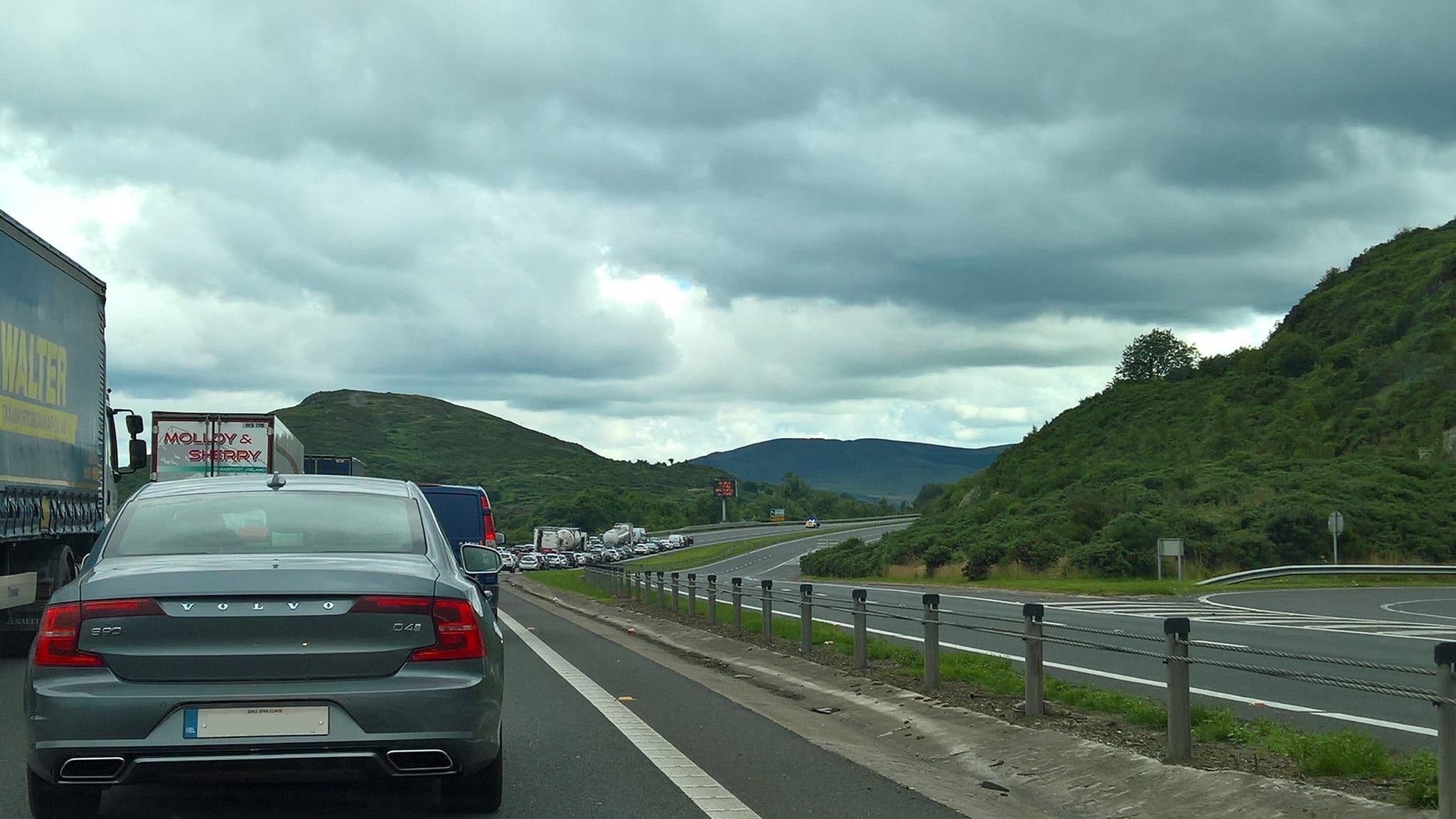 Hundreds of motorists are stuck in tailbacks stretching from Newry to Dundalk following an accident on the A1 earlier this afternoon (Thursday).

Commuters on the outskirts of Newry have been stuck in traffic for hours following the collision involving a motorcycle and a car shortly before 3pm.

It happened close to the junction of the Old Dublin Road south of Newry. Police have confirmed a male motorcyclist has been seriously injured and they are appealing for witnesses to contact officers in Newry.

A police spokesperson said: “It was reported that shortly after 3pm the collision involving a BMW motorcycle occurred close to the junction of the Old Dublin Road.

“The male motorcyclist, aged in his 40s, was airlifted to a hospital in Belfast by the police helicopter where his condition is described as serious.

“Police are appealing for anyone who was travelling on the A1 this afternoon and who witnessed the collision or anyone who stopped with the motorcyclist after the collision to contact officers at Ardmore on 101 quoting reference number 842 of13/07/17.”

Horrendous queues north-bound on the A1 outside Newry. Accident close to Jonesboro exit; traffic backed up as far as Dundalk. # pic.twitter.com/CWhniBoCaO

Queues began forming after emergency services arrived on the scene.

Initially one side of the dual carriageway was closed, before police opted to close the southbound carriageway in order to allow a police helicopter to land.

It has since re-opened on both sides.

The police helicopter sits on the A1 outside Newry close to the scene of an accident involving a motorbike. pic.twitter.com/VGjpvulClu

Traffic was backed up for miles with diverted traffic being sent along local roads in order to avoid the chaos.

Local traffic in #Newry be aware of heavy trucks on local roads. Will not be possible to reach all routes. pic.twitter.com/o8Y04Ad9k0

The northbound carriageway of the A1 was reopened around 8pm.