Solicitor says he has written to PSNI Chief Constable and adds: 'We have yet to receive a response. Concealment heightens concerns' 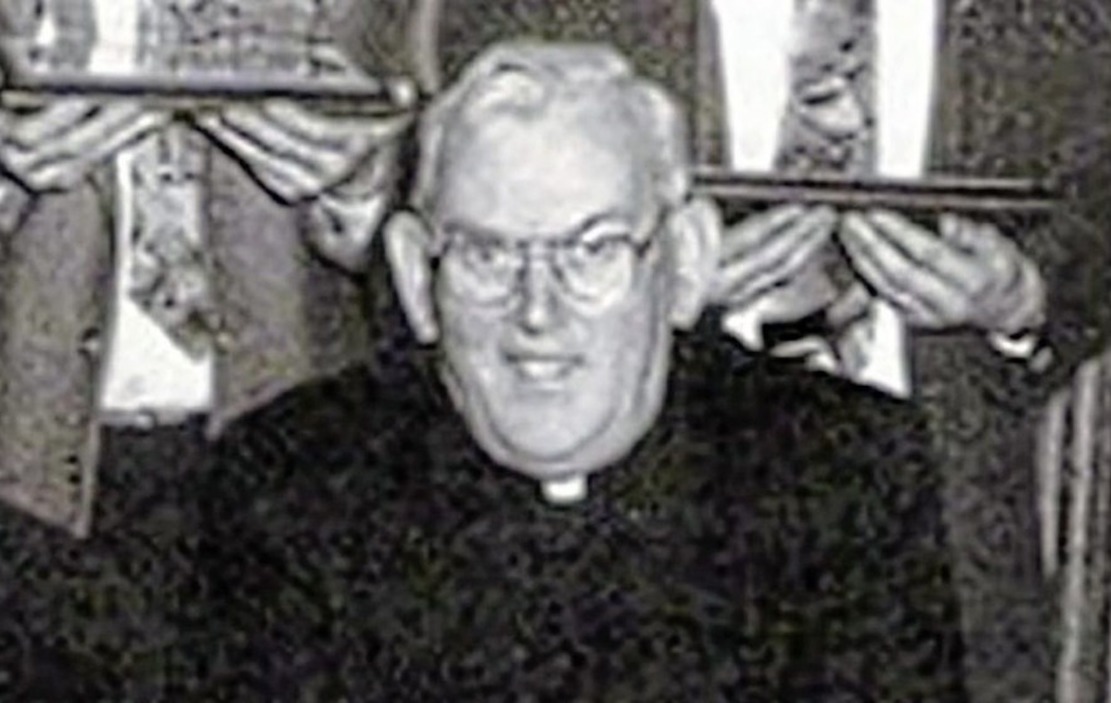 Former Bishop of Dromore John McAreavey raised concerns that paedophile priest Malachy Finegan may have been acting as a police informer last year.

Dr McAreavey  – who resigned in March 2018 – confirmed that he contacted the PSNI on the issue.

He made the confirmation in a statement released on his behalf by his solicitor Conleth Downey, of AJ Downey and Co.

It was in February of last year that governors of St Colman’s College in Newry expressed “absolute regret and sorrow” at the abuse of pupils by Finegan, a former priest, after it was revealed compensation payments had been made to some of his victims.

And photographs of Malachy Finegan – who was employed at St Colman’s College 30 years ago – were taken down.

Finegan’s association with St Colman’s spanned 20 years, from 1967 until 1987. He had taught at the college and was also President for the last 11 years of that period.

It later emerged that he had abused a dozen pupils – 10 of them only coming forward after Finegan’s death.

The first of the allegations was made in 1994 and the remainder came to light in the intervening years, the most recent in 2016.

Kevin Winters, a solicitor acting for some of the victims, had raised concerns recently that paedophile Finegan may have broken the seal of confession and had been acting as an informer.

He has already asked that the Secretary of State set up an enquiry and, speaking to the Irish News, said a central part of the application to Julian Smith is the “allegation that Finegan was some form of ‘protected species’ when it came to criminal inquiry into his conduct”.

He told the newspaper: “For many years there was anecdotal evidence only that he was some sort of low-level informant supplying information to the police on young fellas who might have been suspected republicans.”

Now the statement issued on behalf of Dr McAreavey – who resigned as Bishop after it came to light he had celebrated Mass alongside Finnegan in the year 2000, and who also apologised for officiating at his funeral Mass two years later – points to similar concerns of Finegan acting as an informant and these having been raised with police.

It states: “Following the widespread national media publications raising concerns that Malachy Finegan may have been a police informant, I can confirm that this exact concern was specifically raised by the former Bishop of Dromore John McAreavey on the 16th November 2018 with police officers who were investigating the allegations of abuse perpetrated by Malachy Finegan.

“This concern was circulating around the time of Bishop McAreavey’s resignation on the 1st March 2018.

“Bishop McAreavey confirms that he had not been aware of this issue prior to that.

“On behalf of our client we have written to the Chief Constable requesting that he confirm or deny the simple allegation that Malachy Finegan was a police informant.

“We have yet to receive a response. Concealment heightens concerns.”

The police have not made any comment and said no inference should be drawn.