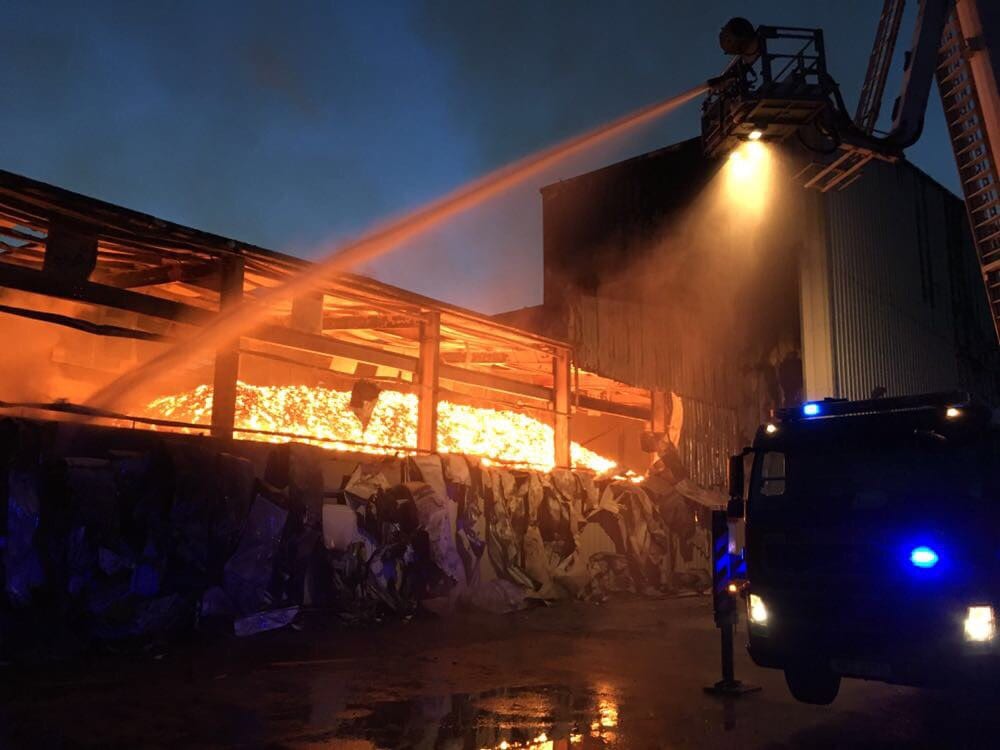 Firefighters are continuing to fight a “significant” blaze at an industrial unit in Newry this morning (Friday).

Officials from the Northern Ireland Fire and Rescue Service (NIFRS) confirmed that 38 firefighters are tackling the incident in an industrial unit in the Carnbane Industrial Estate, Springhill Road, Newry.

A Northern Ireland Fire & Rescue Service (NIFRS) Spokesperson said: “We received a call at 2am this morning (1 December 2017) to attend a fire in a large industrial unit in the Carnbane Industrial Estate, Springhill Road, Newry.

“The incident is likely to continue for most of today.

“The cause of the fire is under investigation.”

38 Firefighters are continuing to deal with a significant fire in an industrial unit in the Carnbane Industrial Estate, Springhill Road, Newry. pic.twitter.com/S41Lmvc0CI

They have described the fire as significant, which began in the early hours of this morning.

There are concerns over the stability of the wood pellet factory as crews continue to monitor.

The Fire Brigade Union tweeted: “A large fire in Newry in the early hours of this morning. Great work by Firefighters but again Belfast has to have its fire cover reduced to allow the Arial appliance to have a crew. We need crew on these vital appliances 24/7.”

Fire crews are expected to remain at Carnbane Industrial Estate in #Newry where a substantial fire at a wood pellet storage unit continues to burn, for the next 24+ hours. The stability of the building is causing concern @qnewsdesk pic.twitter.com/J3Yf8rQbtG

The cause of the fire is unknown at this stage.