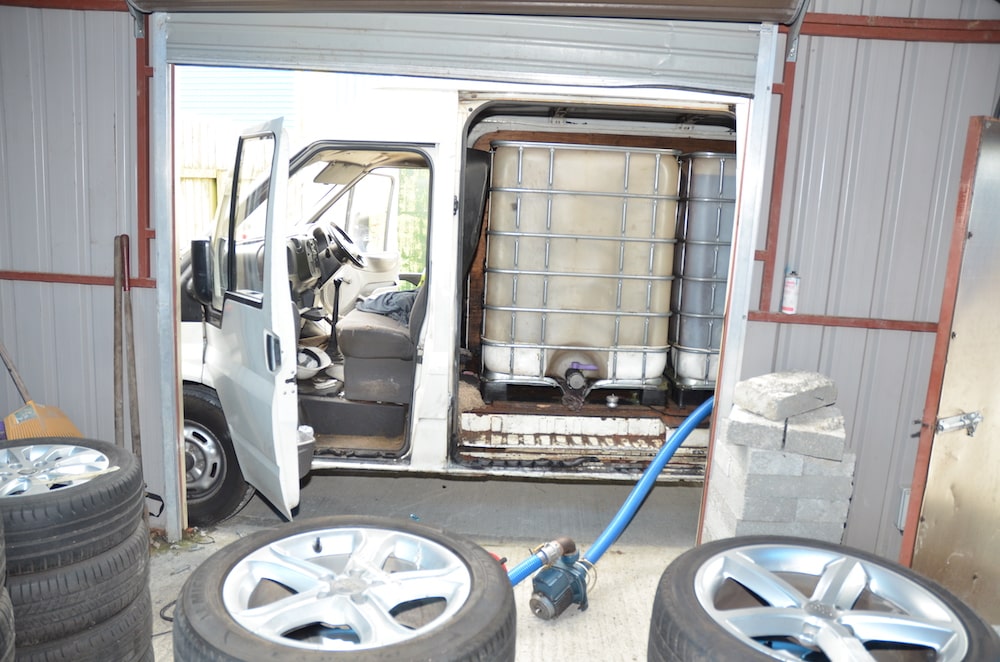 Two men have been sentenced for a £500,000 fuel laundering fraud after they left DNA and fingerprints at an illegal processing plant in south Armagh.

Ronan Kelly, 34 of Park View, Cloughoge, and Barry Fegan, 33, and of Bernish Crescent, Cloughoge, were arrested at a property on Forkhill Road in Newry by HM Revenue and Customs (HMRC) officers in July 2017.

A concealed fuel laundering plant and fuel sales point were uncovered during searches at the site and dismantled for inspection.

The underground plant held thousands of litres of laundered fuel in its tanks and more laundered oil was found in the fuel point and five vehicles on the site.

Kelly and Fegan’s DNA and fingerprints were taken, tested and later matched to the equipment recovered from the plant.

Fegan’s DNA was also traced to another fuel laundering plant site that was discovered by HMRC on Killeen School Road, south Armagh, in October 2016.

In January 2018, Fegan was arrested again in relation to this incident and later pleaded guilty to a second charge of tax evasion.

Steve Tracey, Assistant Director, Fraud Investigation Service, HMRC, said: “We remain alert to the very dangerous methods criminals are using in their attempts to remove government markers from rebated fuel. We will continue to work with our multi-agency partners to tackle this crime, one we are determined to detect and put an end to. “Given that laundering plants have been found close to homes and retail sites they have always posed a serious risk to the public. Fuel launderers also dump harmful waste and transport fuel in vehicles that are unfit for purpose and unsafe.

“We believe criminals are now experimenting with processes that carry a risk of fire as they seek to defeat fuel markers. I would urge anyone with information about this extremely dangerous activity to report it to HMRC online or contact our Fraud Hotline on 0800 788 887.”

The pair pleaded guilty to all offences on March 4 at Newry Crown Court and were sentenced to six months for each charge they faced when they appeared in the same court on June 29.