In a stark warning, the Trust said if these attacks continue, they will have no option but to relocate 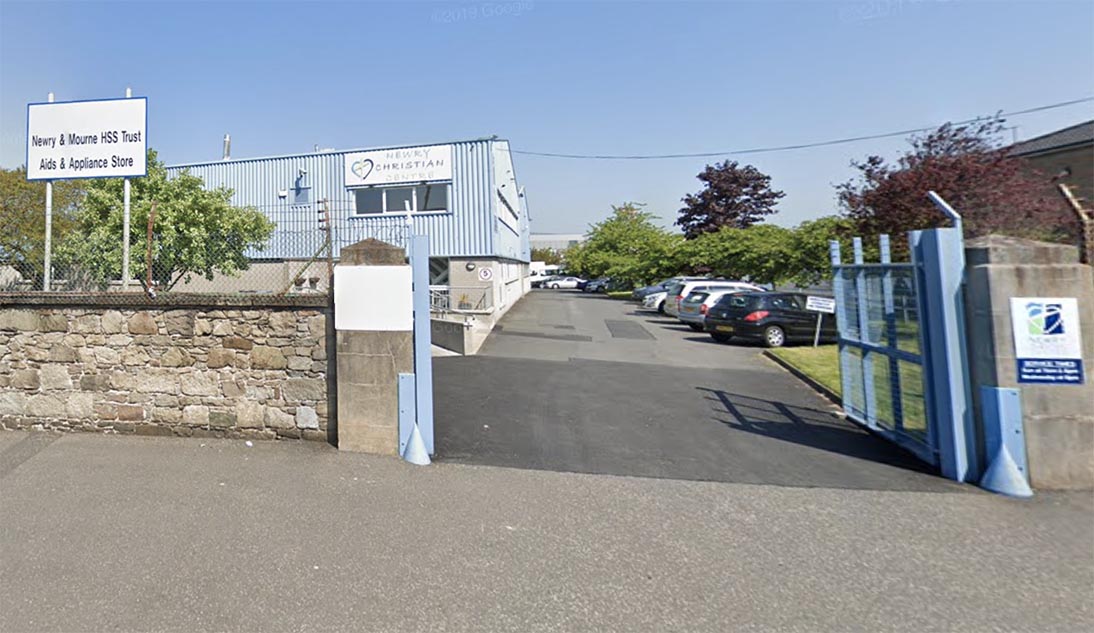 Ongoing attacks on disability transport on vehicles in Newry has prompted an emergency meeting with police, politicians,  Southern Trust and members of the community, in a bid to curb the escalating problem.

A number of attacks have been carried on the vehicles owned by the Southern Trust at a site on Upper Edward Street – the latest attack coming just hours before a meeting to discuss the issue, on Friday.

Lorraine Magill, Transport Operational Controller for the Southern Health and Social Care Trust (SHSCT), detailed how the first incident of this type occurred on October 27, last year, whereby two vehicles were taken from the Edward Street site and significant damage caused to the vehicles, one of which was irreparable.

The damage incurred a cost of approximately £85,000.

Also in attendance at the meeting were John McEntee, Assistant Director of Disability Services and Barry Collins, Head of Transport for the SHSCT who both emphasised the significant cost to the Trust not only in financial terms, but to service provision and for service users who are reliant on the vehicles for essential travel to and from services.

In a stark warning, they said if these attacks continue, the Trust will have no option but to relocate, and this will undoubtedly have an impact on local jobs and services, which no-one wants.

Community representatives Noreen Rice and Brendan Cranney from the Meadow/Armagh Road Community Association shared their disgust at the attacks and reiterated the support of their community to finding a solution to this on-going problem.

Speaking in relation to this, Ms Rice stated: “The Meadow Armagh Road area is a good area and a strong community, and we totally condemn these mindless attacks on our health service.

“One of the key factors we believe is the alleyway leading from Edward Street to Killeavy Road, it has been a hotspot for gatherings for a long time and seems to be how the culprits are accessing the site.

“It is poorly lit and in need of regular cleaning, which would go some way to deter those responsible.”

PSNI Chief Inspector, Joe McMinn, advised the police are following a line of enquiry in relation to the attacks and agreed to increase foot patrols of this area as part of the effort to prevent further incidents.

Speaking following the meeting, Sinn Fein MLA, Liz Kimmins, stated: “These attacks are despicable in any circumstance, but as we see the immense pressure our health service is currently under as a result of the global pandemic, it beggars belief why anyone would deliberately do something like this.

“This is not only an attack on the health service, it is an attack on the whole community, and all of those in attendance at Friday’s meeting stand united in strong condemnation of these disgusting incidents.

“The ramifications of the actions of those responsible are far-reaching, and as has been described in the meeting, will also have potential impacts on the safety of staff and service users, as well as local jobs.

“This must stop now and I would urge anyone with information about either of the incidents to report it to the PSNI on 101.”

Echoing his colleague’s comments, Councillor Charlie Casey, added: “This was a very productive meeting with a number of solutions put forward to tackle this scourge on our local community.

“We will continue to work closely with all in attendance to put an end to this criminality once and for all, and hopefully bring those responsible to justice.”