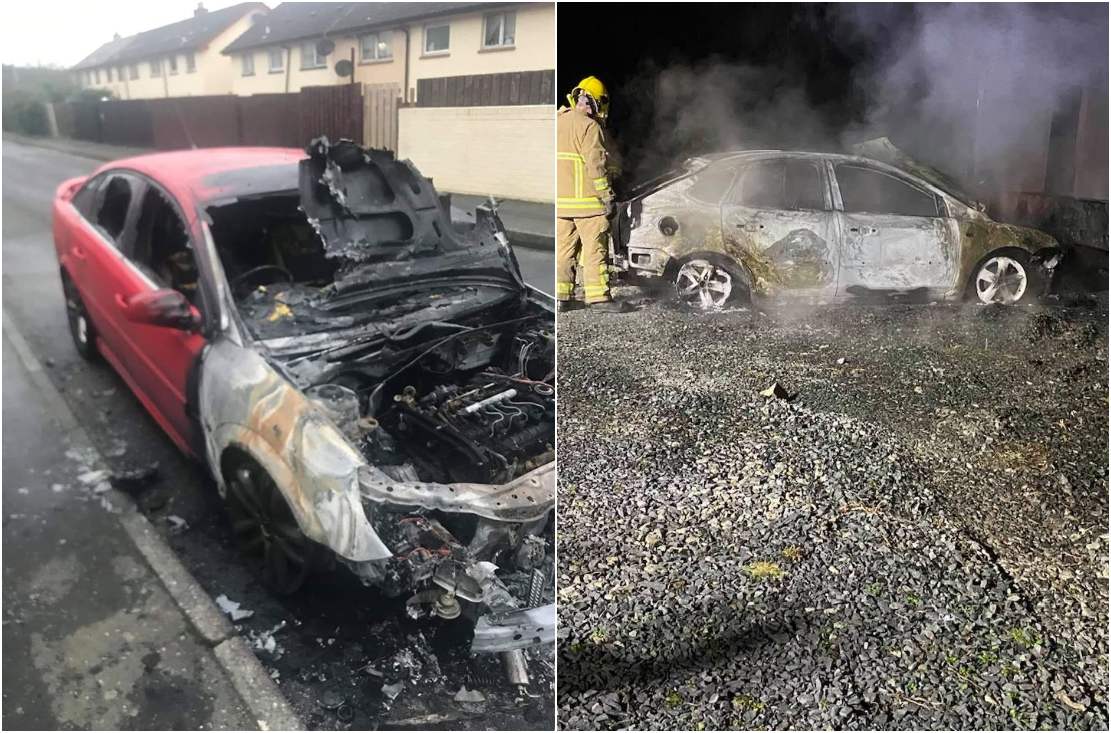 Arson attacks in the Newry and Bessbrook areas have escalated again over the last 48 hours in a what is being described as a worrying trend.

A car in the Nursery Drive area of the city was burnt out around 4am on Wednesday morning, with reports of a number of bins also targeted by the arsonists.

It follows on from a similar attack on a car in the Millvale Road area of Bessbrook the previous night.

Sinéad Flynn posted the image (above right) of fire crews putting out the blaze on her son-in-law’s car.

She said “For these so-called scumbags who thought that they had the right to break into my son-in-law’s locked up work yard on the Millvale Road and destroy the office and burn his car and a low loader; bloody joke someone has to know these wee ba****ds .

“My son-in-law is out working everyday just to provide for his family and some wee sh**s think they have the right to do this. This is His livelihood

“Someone knows who these scumbags are! This has to stop and now, enough is enough.”

He stated: “I’ve been in the Nursery Drive area this morning, after being contacted by a number of residents in the area about a vehicle being burned at 4am this morning.

“The community association are working hard to address these ongoing problems, I would urge as many people from the area to attend the upcoming meeting called to deal with this.”