Cllr Barra O Muirí: 'The fact anyone can deface official council signage merely because they don’t understand a language is mind-boggling...' 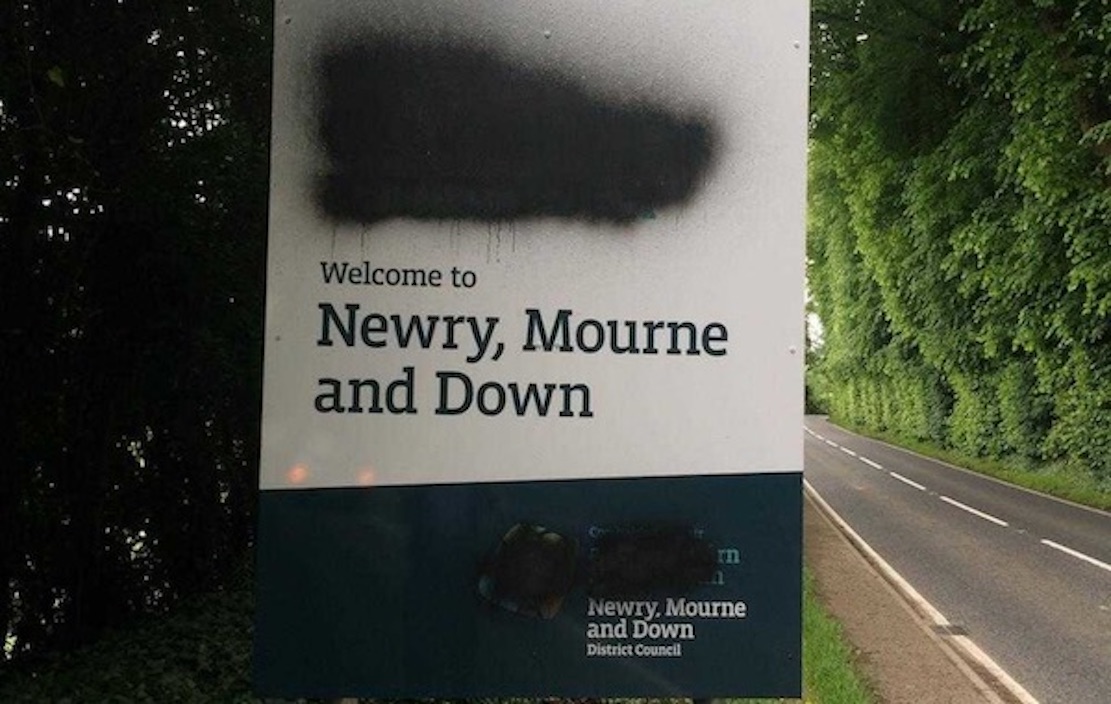 The close to £23,000 spent by local councils to repair vandalised bilingual street signs over the past five years demonstrate the need for an Irish Language Act, according to one local public representative.

A report in Monday’s Irish News reveals the number of incidents of criminal damage to such signs had shot up from five in 2015 to 65 this year – some 154 in total.

Signs were defaced, burnt, stolen or torn down, with Newry, Mourne and Down and Mid-Ulster Council areas the two worst affected.

According to one local councillor, those responsible for removing, destroying or vandalising bilingual signs are involved in criminal damage and should be reported to the PSNI.

Sinn Fein’s Barra O Muirí said: “Unfortunately, the vandalism of bilingual signs is indicative of the attitude of some in society who show a complete disregard and lack of respect for the Irish identity.

“Occurrences like this bring into focus the need for protection of Irish Language rights through Acht na Gaeilge.

“The fact that anyone can deface official council signage merely because they don’t understand a language is mind-boggling and demands consideration.

“The Irish language belongs to us all. It is a language that predates us and indeed the English language.

“Consider for a example our place names: Altnamackin, which on its own means nothing,  is the Anglicisation of the Irish Alt na Meacan (the hill where parsnips are grown). Cortamlet, which again means nothing in the English, was originally Ceathrú Tamhlachta (The agricultural quarter of Tullach Uí Mheallain-Tullyvallen).

“Those who choose to come out at night and deface council signage add nothing to society but an increase to our rates bill.

“I urge all citizens to consider following the excellent example of Linda Ervine and Turas in East Belfast and take back ownership of the Irish language. It poses neither risk nor harm to anyone, and will only serve to bring people together in Ireland.

“An Irish Language Act will protect the language, those who choose to live their lives through Irish, and our bilingual signs which promote an inclusive society. Let’s make 2020 the year that we collectively embrace the Irish language. Is linne uilig í ár dteanga dhuchais.”