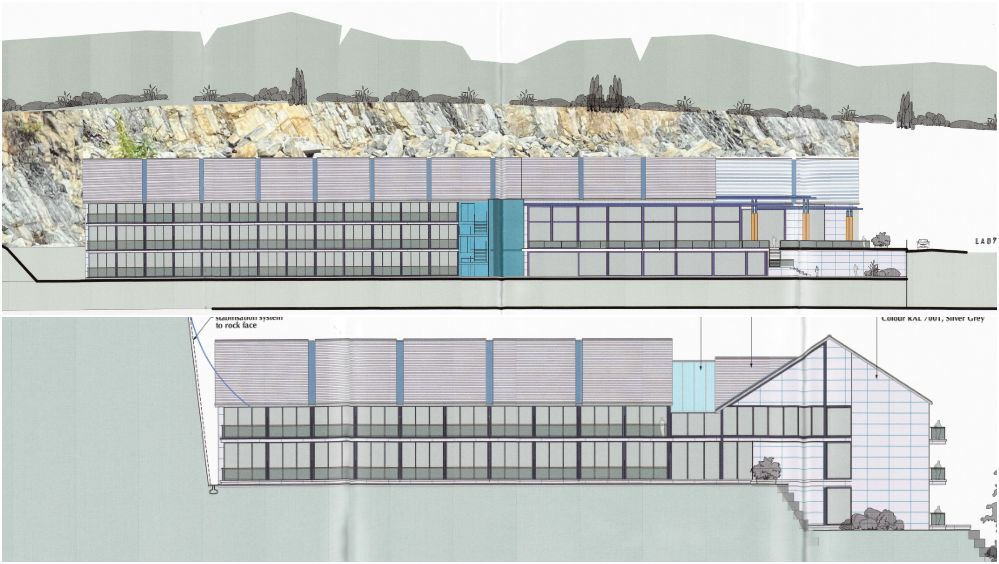 A new 100-bedroom hotel and spa overlooking Carlingford Lough, which would create in the region of 100 jobs, has taken a step closer to reality with the lodging of a further planning application to get the project underway.

Outline permission was previously given for the four-star development in February 2019, which came eight months after the application had previously been turned down.

But last May a pre-application notice was lodged which indicated a huge residential home would replace the plans for the hotel.

Rostrevor Property Holdings submitted the notice to Newry, Mourne and Down District Council.

But now the same applicant has come back with a ‘reserved matters’ planning application for the site which is for the original hotel and spa development.

It provides more details on the proposals, on what is described as an “approved building site” which sites “approximately 200m east of no. 25 Greenpark Road, Rostrevor”.

The  proposal involves the removal of old stable buildings once used in associated with a former equestrian centre which occupied the site.

The development, according to the application, would see some 100 employees attending on a daily basis.

The hotel and spa would be set on a 35-acre site.

The state-of-the-art two-storey development would include a spa, leisure gym, conference facilities, a restaurant and two lounge bars.

According to a design and access statement, the applicant has “reduced the scale of the proposed development”.

And it adds: “During the consultation process associated with the recent outline approval, all statutory consultees were satisfied that the proposed 100 bed hotel and spa would not have an adverse impact or cause major concern.”

The reserved matters application will now be advertised shortly.