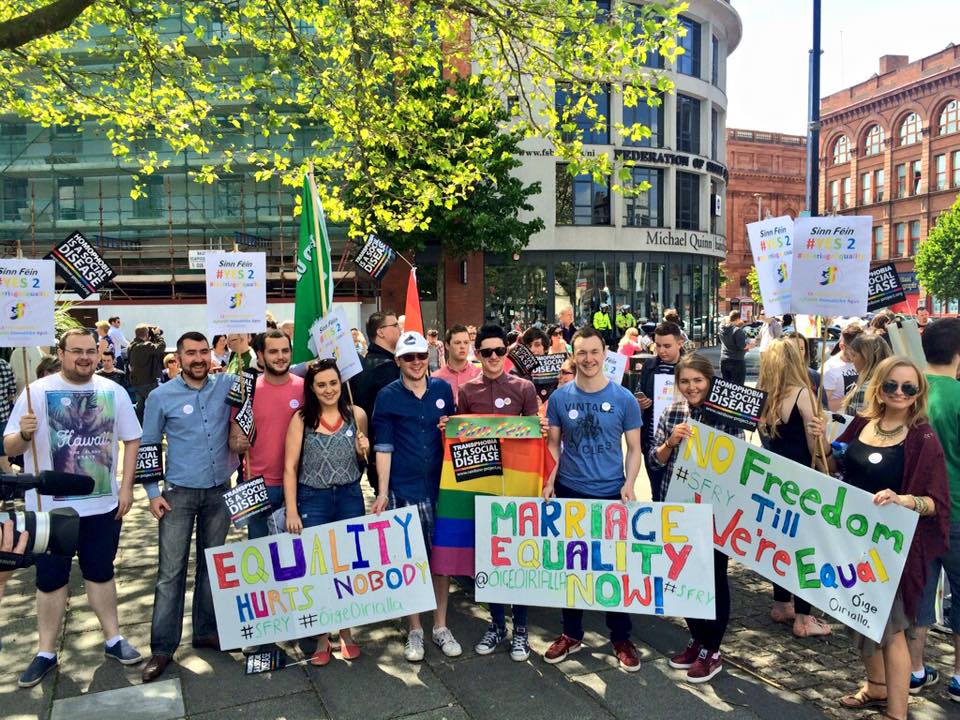 Newry and Armagh MLA Megan Fearon has has won the People’s Choice Award at this year’s Belfast Pride Festival.

The Festival hands out a number of awards every year to people who have made a difference to the lives of those within the LGBT community.

The MLA won in the People’s Choice category, which is decided by a public vote. She was nominated for her work as Sinn Féin’s Equality Spokesperson as well as for her efforts in bringing a Marriage Equality Bill to Stormont.

The South Armagh representative said she was delighted to have won.

“It’s an absolute honour to have won the People’s Choice Award, particularly in a category that had so many other inspirational people nominated,” she said.

“Belfast Pride has gone from strength to strength since it began and it’s quite fitting that it celebrates its 25th anniversary in the same year that Marriage Equality received a resounding yes from the Irish people.

“Of course there is still much work to do to bring it to the north of the country and the fight for equality goes on.  I’m sure everybody else who won or was nominated for awards at Belfast Pride is just as determined as I am to carry that fight on. Megan Fearon with activists at the Marriage Equality march in Belfast.

“In particular I want to offer my congratulations to my party colleague Councillor Mary Ellen Campbell who also won a well deserved award on the night.”