New Tommy Makem Centre in Keady to open next May 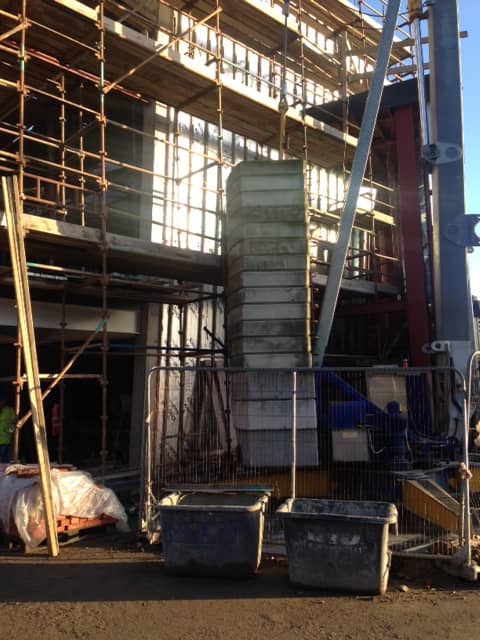 Work on the new multi-million pound Tommy Makem Community and Arts Centre in Keady is expected to be completed by next May.

And local SDLP Councillor Thomas O’Hanlon has expressed his delight at the ongoing work following a visit to the site this week by Armagh Council’s Keady Working Group, which he chairs.

“The new community and arts centre in Keady is really starting to take shape and is looking fantastic already,” he said.

“This week a number of councillors and officials took part in a site visit to review the ongoing construction for the new centre and we were really impressed at the way the place is starting to come together.

“I look forward to its completion, which we expect to be in May 2015.

“The new centre will be a real asset to the local community and I know it will be really well used by the local community once completed, as I am constantly being contacted by local people and groups enquiring when they can start making bookings in the centre.

“I have been involved in this process since 2006 and up until now the design and concept has been on paper, with drawings and plans aplenty.

“But to actually get in around the site and see those plans now in bricks and mortar becomes really exciting.

“I know many people have been watching the progress of the construction from outside the site and I know they will be very impressed when they see the work completed in the months ahead.

“It has taken quite some time to get to this point, and now the old dreary building is a distant memory.

“I know this new facility will be something the people of all ages in Keady and the surrounding area will be very proud of for many years to come and I look forward to the opening next year.”