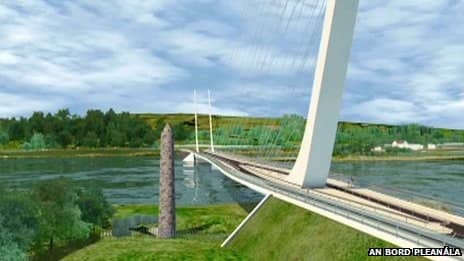 SDLP Finance Spokesperson and Newry and Armagh Assembly Member Dominic Bradley MLA has described the decision by SEUPB to withdraw its letter of offer for €17.4 Million for the Narrow Water Bridge Project as a body blow for the economy and for tourism on the island of Ireland.

Reacting to the news Mr Bradley said: ‘This decision by SEUBP to withdraw its letter of offer of funding is a devastating blow for the local economy and closes the door on a huge tourism opportunity for this region.

“Many in this area will say that our political systems, north and south have let this opportunity go, an opportunity that may never happen again in my lifetime.

“This bridge was more than just a piece of infrastructure , it was to be a symbol of the new Ireland we all dream for and all have been working to deliver.

“I am told that the final gap in funding was just short of €6million, which I believe could have been resolved if the political will had have been there to make it happen.

“I believe the most senior members of the Stormont Executive and the Irish Government need to have urgent talks over the weekend and try and rescue this project.  Planning was in place, roads orders were made, the private sector was backing this, Local Government North and South were putting money into the project and yet it has fallen at the last hurdle.  This is a sad day for the people of this region.”