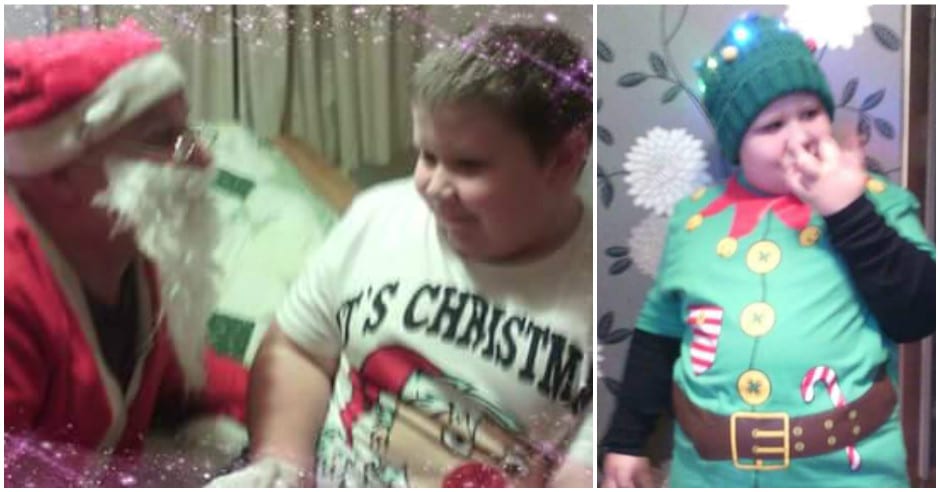 A loving mum’s appeal to the public to send Christmas cards to her autistic son has gone viral.

And Daphney Scott, from Cookstown, is asking locals to lend their support too.

And a social media appeal for people to drop him a Christmas card and make the festive season all the more special has met with a fantastic response.

Daphney told Armagh I they were thrilled by the reaction and the kindness of strangers.

The appeal has only gone out this week and he has already received over 80 cards – but promises of hundreds more ahead of the big day.

“The response has been mind-blowing,” Daphney said.

And she joked: “I think he’ll be needing an assistant by next week!”

She wrote: “His birthday and my birthday cards are still up two weeks later and he examines each and every one several times daily!

“Nathan is a visual learner and only God really knows the pleasure he gets from this and this is one reason why I’m posting my plea.”

Daphney added: “Christmas is a more favourable time of the year for him, although it still presents with its challenges also! His understanding to our world is supported through picture schedules, social stories and makaton.

“Nathan has limited speech but can proclaim his excitement when ‘it’s Chrissiemass!’.

“He has developed a love for cards over these past few years, something we as a family receive little of – another reason behind my plea.”

Daphney has promised to share Nathan’s reaction to all the cards on Christmas Eve.

She will also share with Armagh I footage of her “wee boy with the biggest smile”.

“Autism doesn’t define our boy and he is to us the most amazing child,” said Daphney, who hopes that people will continue to take time to send a card to her beautiful boy.

If you would like pop a card in the post please address it to: Nathan Scott, 74 Beechway, Cookstown, Co. Tyrone, BT80 8LQ.