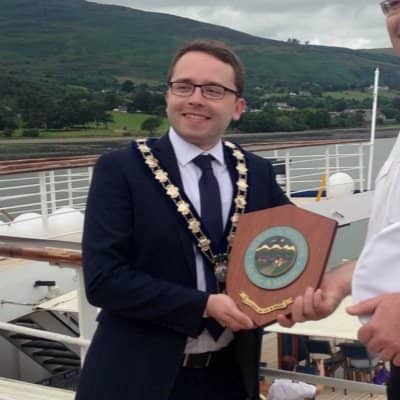 A Unionist motion of ‘no confidence’ in Newry and Mourne Sinn Fein Mayor Daire Hughes has been defeated tonight (Monday).

And Mayor Hughes, speaking afterwards, said he would continue to represent all citizens.

Councillor Hughes came under fire and calls were made for his resignation after he used Newry Council-headed note paper to circulate a message to retailers in the city seeking ng a list of all stocked goods and products which had been produced from ‘Israel and the Occupied Territories’.

Speaking this evening, Mayor Hughes said: “This motion was politically motivated and was not representative of the views of the citizens of the council, as tonight’s vote has shown.

“It was also not about Gaza. This motion was tabled and supported by those who are opposed to Sinn Féin.

“I will continue to represent all the people of Newry and Mourne District Council equally as Mayor.

“I will also continue to stand in solidarity with the people of Gaza and to call for a lasting and verifiable ceasefire and an end to violence in the Middle East.”