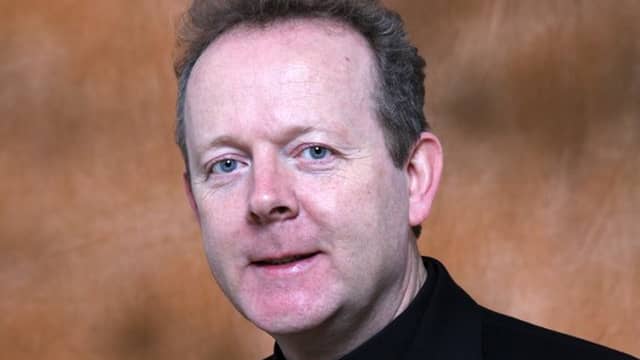 MONSIGNOR Eamon Martin, the clergyman set to become the next Catholic Archbishop of Armagh, arrives in the city today ahead of his inauguration as coadjutor (assistant) on Sunday.

Cardinal Sean Brady, the Primate of All Ireland, will stay as Archbishop until at least 2015 but on retirement, Monsignor Martin will succeed him.

Dealing with the legacy of the sexual abuse of children by members of the clergy could prove to be a difficult task for Monsignor Martin but he insists it’s a challenge he can overcome.

“As far as I’m concerned, children are part of the life of the church but we need to assure parents and children that they’re protected, that they are safe when they come along for church activities, that they are as safe here as they are in their own homes,” he told BBC News.

“Certainly that is why I think it’s very important that we see the safeguarding of children as work that is going on and becomes part of our life.”

Monsignor Martin already has considerable experience of the challenge ahead, having served as a director of the National Board for Safeguarding Children – the watchdog body set up by the Irish church in response to the clerical abuse scandal.

Before his most recent appointment, Monsignor Martin had served as administrator of the Diocese of Derry since November 2011, following the retirement of the Bishop of Derry, Seamus Hegarty on health grounds.