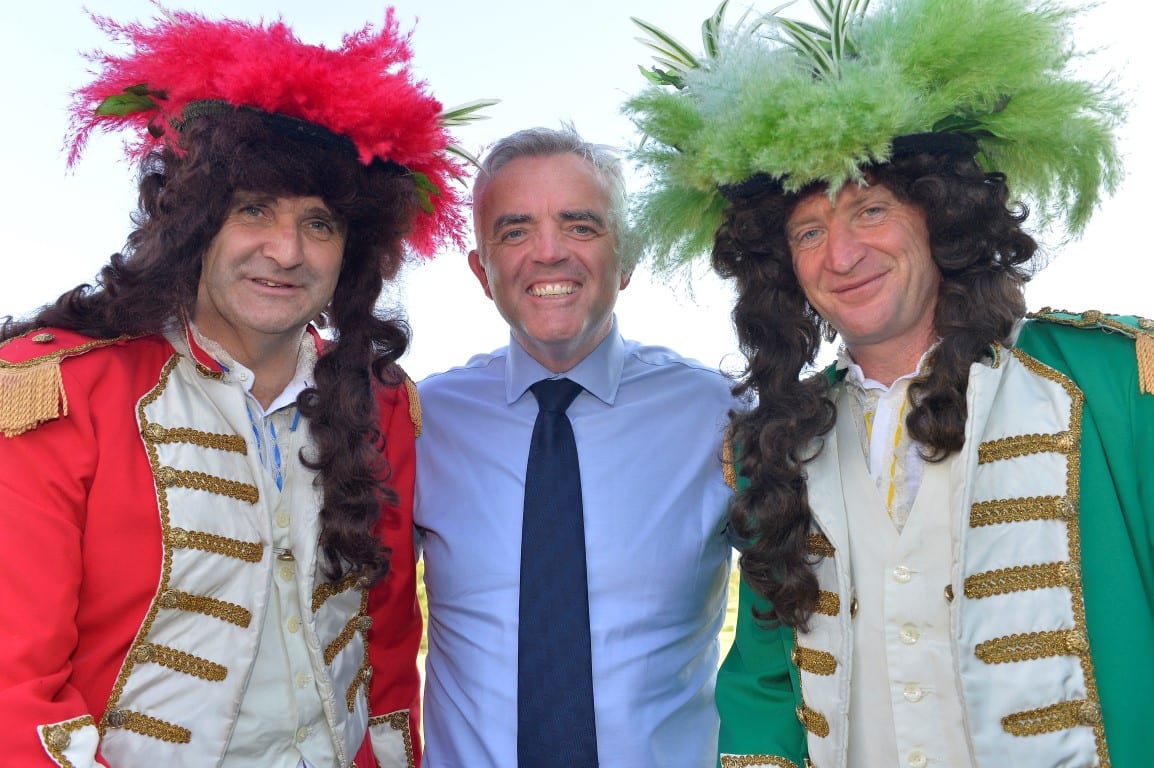 Scarva could be seeing new developments ahead of the annual July 13th celebrations to help accommodate the tens of thousands of visitors.

Infrastructure proposals could include the provision of additional car parking in the scenic village.

And seating could also be provided in a bid to draw even more people to the big event.

Furthmore, it is hoped to draw tour buses to the annual Royal Black demonstration to capitalise further on the event’s tourism potential.

The suggestions were made at Stormont by Economy Minister Simon Hamilton.

He was giving his response to Upper Bann DUP MLA Sydney Anderson, who had asked how the Minister hoped to maximise the tourism potential of local marching bands.

The Minister said the Tourism NI had been working with the Grand Orange Lodge of Ireland for the past decade to help maximise potential of the flagship Twelfth parades by working in partnership to provide tailored ‘world host’ training.

Minister Hamilton said: “This training was specifically designed to facilitate engagement between marching bands and visitors.

“The aim was to equip parade participants with local product knowledge to enable them to maximise the tourism opportunity arising from local parades.

“This event – and Twelfth of July celebrations and Orangefest – were promoted on the Tourism Northern Ireland website discovernorthernireland.com.”

The Minister said research had clearly shown that international visitors are “interested in our heritage and culture”.

He said potential visitors to Northern Ireland were already looking for information to inform their travel decisions for 2017.

Mr Hamilton continued: “It is therefore important that marching bands are integrated into the local tourism offer and to make sure that they are included in the ‘What’s On’ events guide so that they can become a valuable part of the overall tourism experience.

“Funding is available through the Tourism NI events fund, which is currently open for applications. I encourage any marching bands that are interested in showcasing themselves to a tourism market to apply to this fund, providing that they meet the criteria.”

Homing in specifically on Scarva, Mr Anderson asked the Minister for his assessment of its potential, given that an estimated 100,000 people and many bands turned out on July 13.

The Minister described the annual Sham Fight as “very special” and said it had “huge potential” and represented “an excellent day out”.

Said Mr Hamilton: “The best marching bands from across Northern Ireland and further afield come to Scarva on 13 July. You have the Sham Fight taking place in a lovely setting in what is a beautiful village for it.”

“It is why we are using it to market the Northern Ireland Year of Food and Drink as well,” added Minister Hamilton.

” I want to see that potential developed further with infrastructure, particularly around car parking and perhaps seating for the event, and I want to try to attract tour buses to get people to Scarva for the day.

“It is a huge event that is very successful already, and I look forward to working with the Royal Black Institution to take it further.”