Millions to be invested in local hospitals 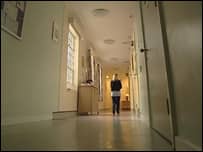 A NEW £1 million paediatric ward and ambulatory care unit will be built at Craigavon Area Hospital, it was announced today (Monday).

And two  MRI scanners – at a cost of £900,000 – have also been revealed for use across the Southern Health and Social Care Trust jurisdiction, which covers all of County Armagh.

The announcement was made by the NI Finance Minister Simon Hamilton as part of a major shot in the arm for local health services, as he also revealed plans for a new £160 million children’s hospital in Belfast, to replace the existing facility on the Royal Victoria site.

It’s all part of a reallocation of unspent funds, mainly from the stalled A5 road project.

The Department of Health has been allocated £52m, £15.5m of which is to go towards the new hospital.

The department has also been allocated £14m to address waiting lists.

Mr Hamilton said he had recently visited the Royal Belfast Hospital for Sick Children and was “shocked and ashamed” by the conditions.

Building on the new hospital could begin next year.

Other health projects allocated money include:

£1million for a paediatric ward and ambulatory care unit at Craigavon Area Hospital.

£900,000 for two MRI scanners in the Southern Health and Social Care Trust.

£3m for a new logistics and support centre for the Northern Ireland Fire and Rescue Service.

£900,000 to fund the co-location of the emergency department and GP out of hours at Lagan Valley Hospital

Mr Hamilton has also given the green light to dualling the Frosses Road section of the A26.

The Minister said: “A replacement regional children’s hospital is a major project that I have been keen to take forward, particularly as parts of the current facilities are nearly 100 years old.

“The allocations I have announced today will leave a lasting economic impact on Northern Ireland, boost our economy as the recovery gathers momentum and provide assistance for vulnerable people in our society.

“I am especially pleased that we are able to fund a new regional children’s hospital and significant strategic roads improvements.”