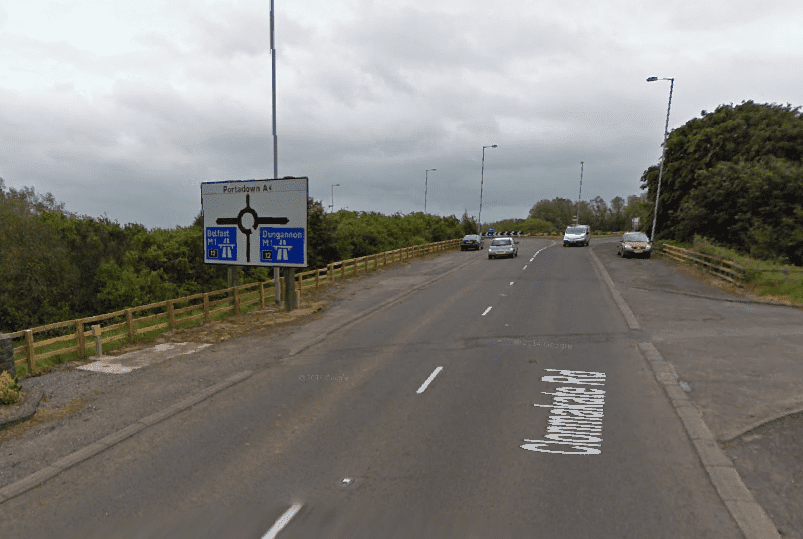 Two men were cut from a car after it crashed into a concrete bollard at the Birches roundabout this morning.

The injured parties were taken away by ambulance. The condition of the injured men remains unknown.

Traffic was diverted on part of the motorway, between junctions 12 and 13.

This incident follows a crash between a car and a van on the Moyallan Road in Gilford, Portadown yesterday.

Firefighters used hydraulic cutting equipment to release a 26-year-old man and a 69-year-old woman from a car.

The van driver, a 25-year-old man classed as walking wounded, was out of the vehicle on arrival of FRS. All casualties were taken to hospital by ambulance.