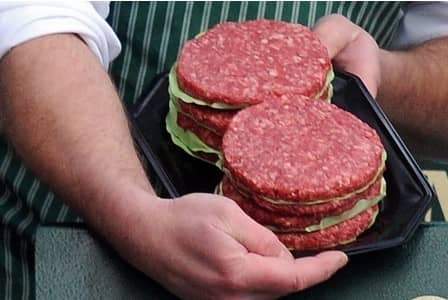 A LURGAN Assemblyman has revealed that tests on meat products could cost up to £300 each.

Sam Gardiner – in the wake of the horse meat scandal –  has asked the Food Standards Agency how much it would cost to carry out genetic tests to establish the origin of meat in supermarket products.

He also asked the Food Standards Agency if they had any way of making supermarkets or their suppliers financially accountable for such tests and, if not, if legislation needed to be amended to impose this?

“The Food Standards Agency told me it would cost between £200 and £300 for each test on the genetic origins of meat in supermarket products such as beefburgers,” he said. “The FSA told me that they working with DEFRA to make sure that the testing methodology was robust and acceptable and this would be finalised in the next month or so. The procurement process for tests would also take some weeks, but this would happen.

“They said it was the retailers’ responsibility to present food to the customer that is labelled correctly. The horse meat event had focused their minds. They use any method, testing and other traceability information that they can to make sure that that happens.

“It is also checked by a very robust regime of testing by our environmental health officers and their routine inspections.”