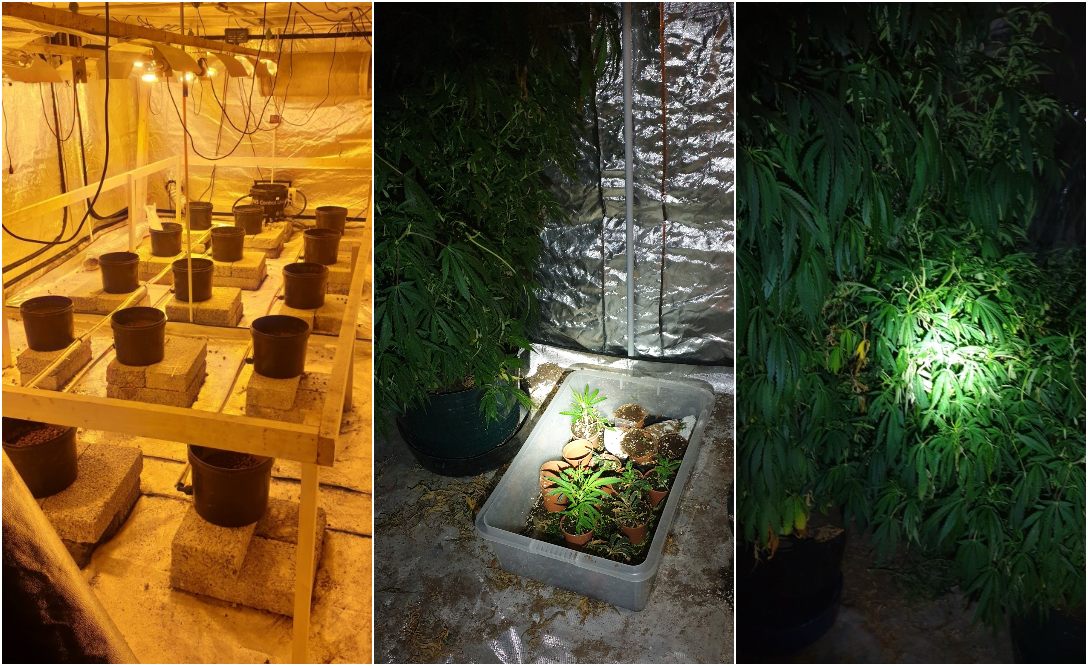 Three men have been arrested following the discovery of a cannabis factory in the Markethill area.

Following a proactive policing operation in Glenanne this morning (Thursday), a quantity of suspected cannabis was recovered from a property in the area and a cannabis factory was discovered.

Police conducted further follow-up searches at two properties in the Newry area, which resulted in a quantity of suspected cannabis and other items seized during the incident.

One man, aged 42 years old, and two men both aged 37 years old, were arrested on suspicion of various related offences and all three have been released on police bail pending further enquiries.

Inspector Quinn said: “We are committed to tackling the illegal supply and use of drugs, and will continue to investigate those who profit from the consequent misery and harm.

“Our investigation into this incident is ongoing and I would ask any member of the public who has any information which could be of assistance to police to contact the Police on non-emergency number 101.