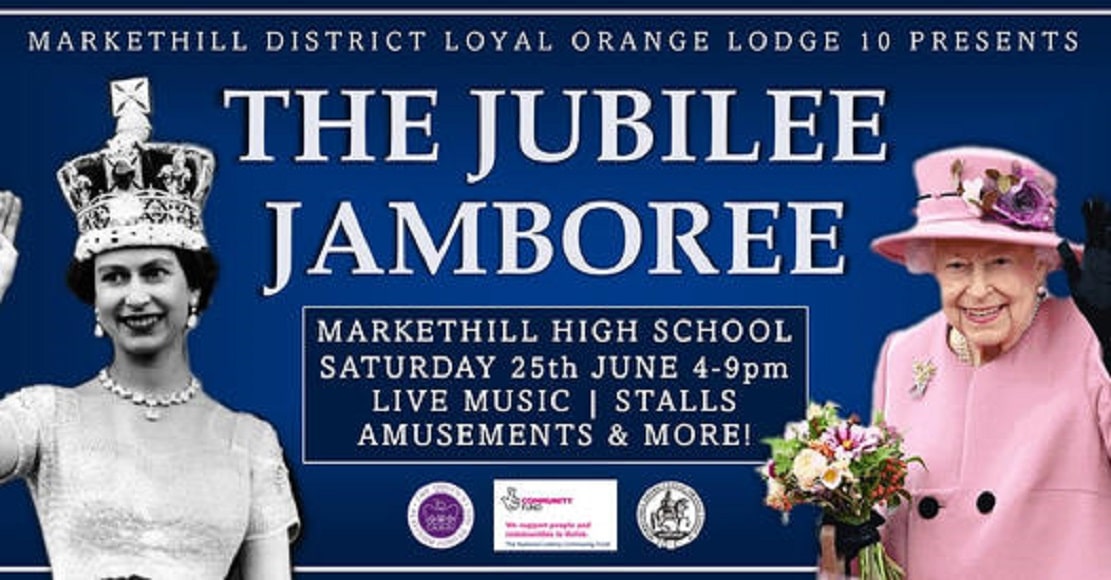 A ‘Jubilee Jamboree’ to be held in the grounds of Markethill High School is slated to be a fun, family-friendly day-out and an immense showcase of a wide variety of local talent and culture.

The event, which is organised by Markethill District LOL No 10, is partly funded by the National Lottery Community Fund and is set to take place this coming Saturday June 25.

The day kicks off at 3:30pm, when ‘The Queen’ will depart from Markethill Orange Hall, led by Enagh Accordion Band. She will be heading to Markethill Primary School, where she will meet and lead a children’s fancy dress parade which finishes in the grounds of Markethill High School.

The ‘Jamboree’ begins at the High School at 4:15pm and lasts right through until 9pm where there will be live music, stalls and amusements available to entertain the crowds.

There will be a wide range of musical areas across the grounds, with a main stage showcasing highland dancing, community choirs, an Ulster-Scots Orchestra and various other local bands, such as a fife and drum band.

Other stages will highlight an even bigger array of local talent, with performances of cultural songs and ballads, ceilidh bands and even more local bands expected to be performing.

Alongside the huge display of musical prowess on offer, there will be range of different workshops, such as a cookery demonstration for traditional local dishes. There is also expected to be a Lambeg Drum workshop, which will showcase the skills involved in making, maintaining and of course playing these instruments.

There will also be several historical stalls showcasing traditional weaponry, along with representatives from the Siege Museum in Derry/Londonderry.

If all that wasn’t enough there will be a full suite of amusements available, with plenty of activities on offer from face painters to balloon modelers.

To round the day off, the ‘Jamboree’ will be closed with a concert from the well-known local folk band ‘Stonewall’, who will be taking to the stage from 7:45pm to the finish at 9pm.