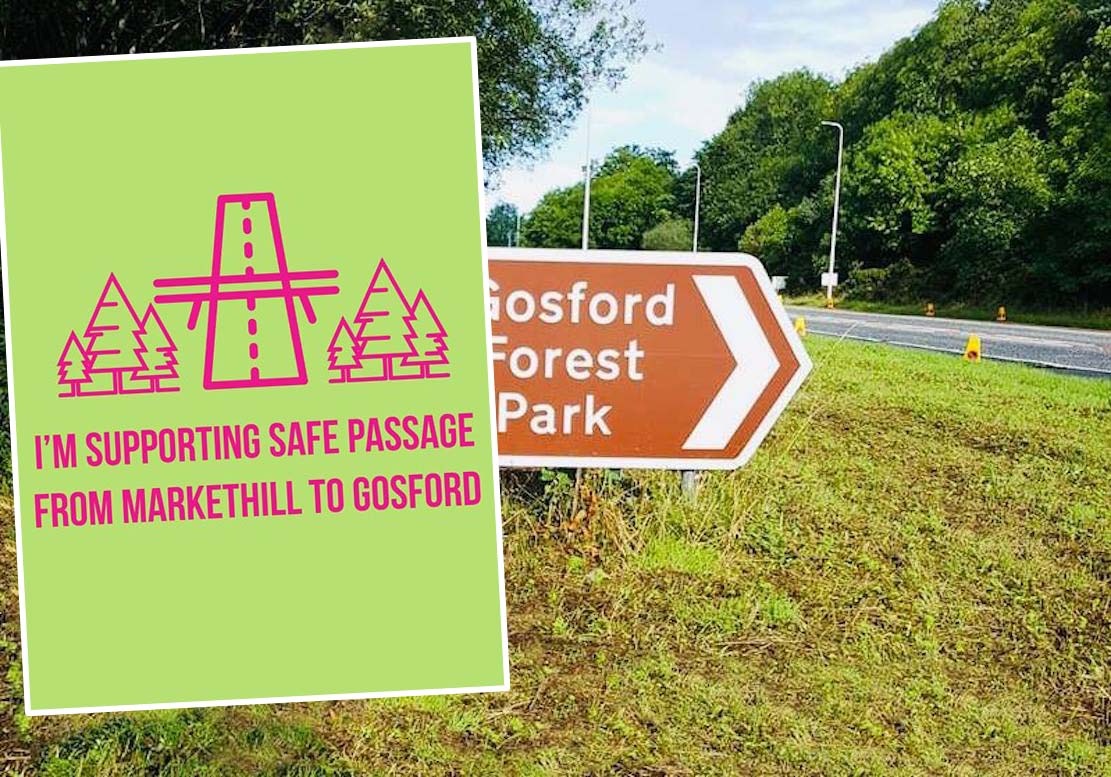 A schoolboy’s plea for a safe crossing from Markethill to Gosford has been rejected by roads officials on what essentially boils down to money.

It was in January that 12-year-old Rhys Ryans wrote to Armagh City, Banbridge and Craigavon Borough Council in the hope that his plea – and that of other young folk in the Co Armagh town – could be heard.

The letter – publicised on Armagh I – led to the launch of a petition too which has amassed 1,300 signatures.

Councillors threw their weight behind Rhys’ calls, as did local businesses.

The matter was also taken up with roads officials in the hope that a crossing could be provided.

An overhead bridge had been favoured, although campaigners would have been pleased to see anything in place.

As Rhys – a pupil at Markethill High School – wrote at the time: “This main road is very scary trying to cross it and my mates and I would love to go over to the forest park to get the benefits out of it on our bikes but we can’t because of the continuous traffic on this main road.

This week it was revealed that work had started on the new adventure trails at Gosford.

Five ‘super-structures’ will be in place as part of Ireland’s biggest adventure themed play trail.

Lord Mayor Mealla Campbell and other councillors were present for the symbolic cutting of the first sod.

But while that was happing on one side of the Gosford Road, on the other a letter was landing on a doormat basically saying there was not sufficient money to provide a safe crossing.

In fact, the correspondence, from TransportNI Southern Division, said it would be “inappropriate” to provide such a crossing at this location.

So how did the Department arise at such a conclusion?

Well, the letter addressed to Rhys explains how and it’s not happy reading for he and his friends.

It states: here’s how: “The Department receives many request for potential improvement schemes, including crossings, and the funding available for such work is limited. Each request has to be carefully assessed in line with our published policies and, where a scheme is merited, prioritised in order to ensure the most urgent and value for money schemes are progressed.

“Factors such as scheme cost, number of personal injury collisions, current traffic volumes and speed of traffic are considered in order to establish the priority of each request compared to the priority of the many other potential schemes.

“We have assessed this location and it would be inappropriate to provide a crossing on this busy road which currently has no footways on either side of the road.

“Since the hard shoulder is not regarded as a safe place to walk it would therefore require the construction of a substantial length of footway on either side to ensure safe access from Main Street in Markethill to the entrance to Gosford Forest Park.

“Unfortunately as a result of the assessment the scheme did not score sufficiently highly to warrant inclusion on our minor works programme at this time and therefore the Department is not planning any such works at this time.

“I can assure you that your request will remain on our records and will continue to be monitored and if circumstances should change then it will be reconsidered for possible consideration in future reviews.”

Rhys’ mum Simone has been angered by the response.

She told Armagh I : “It’s not good enough for the people of Markethill.

“It is time to step this up. Rhys will bring all the signatures to the council.

“This is where a feasibility study will be useful as it gets past all the individual bodies saying ‘not viable’ and widens it out more collectively across all the departments.

“Something needs to be done and we’re not giving up.”