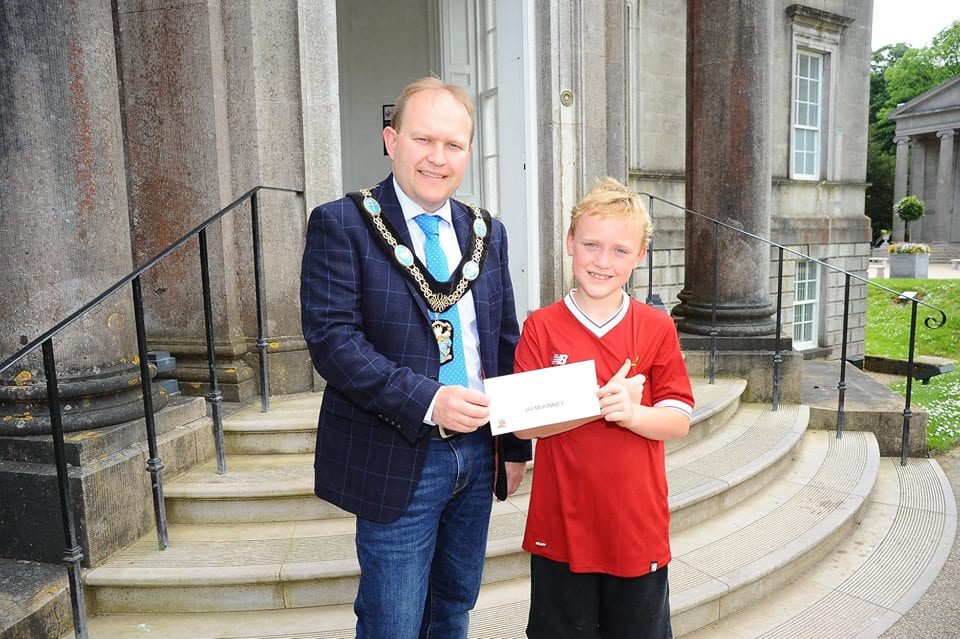 Outgoing Lord Mayor Gareth Wilson has made a contribution to help a Markethill schoolboy’s fundraising efforts for the Armagh Food Bank.

He wants raise funds for the Armagh Food Bank based at the Elim Church.

The Markethill Primary School pupil will scale Wales’ highest mountain – an incredible 3,560 feet or 1,085 metres – in his charity quest.

Jai – a P5 pupil – has already climbed Ben Nevis at Easter and is looking forward to the challenge.

His proud mum Carolyn has set up a gofundme page and hopes that the good people of Armagh will dig deep and sponsor her son in support of a very worthy cause.

She said his reason for supporting the Armagh Food Bank was, quite simply: “Jai feels no-one should go hungry especially in our own community.”

After Armagh I reported on his fundraising endeavours, outgoing Lord Mayor Gareth Wilson felt it was a commendable goal.

He was so moved by his selflessness and kind-heartedness that he invited Jai along to the Palace to make a donation to help his fundraising along.

In a personal message to the schoolboy he wished him well and welcomed his work, adding: “Well done Jai and all the best!”