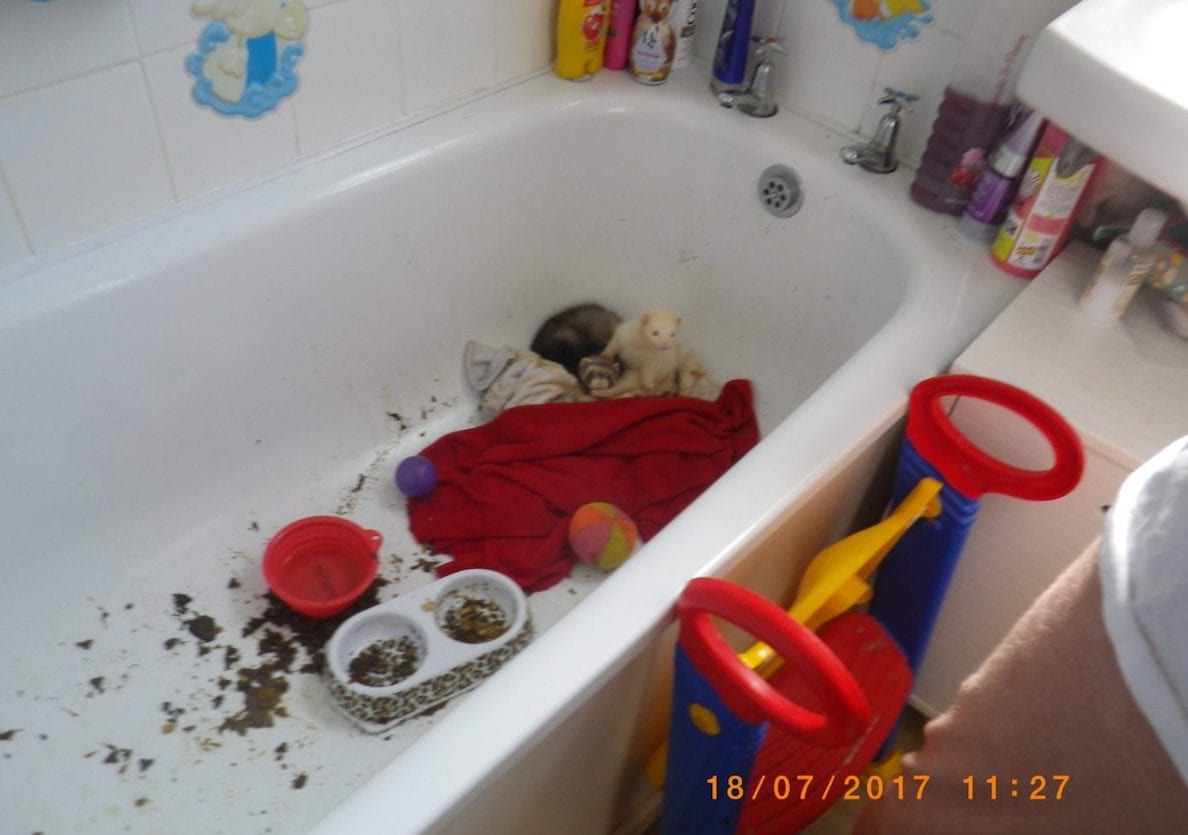 Danielle Henry, of Gosford Gardens appeared before Armagh Magistrates’ Court on Friday, May 18, charged with failing to ensure the welfare of two dogs and two ferrets in her care.

Following a complaint made in July 2017 to Armagh City, Banbridge and Craigavon Borough Council, regarding the welfare of the animals kept by Henry, an animal welfare officer and a veterinary surgeon called at her home in Markethill.

They found that two dogs and two ferrets were being kept in a dirty and unhygienic environment preventing them from exhibiting a normal behaviour pattern.

During her brief appearance in court, Henry pleaded guilty to the two charges of failing to ensure the welfare needs of all four animals in her possession brought by the Council under the provisions of the Welfare of Animals Act (Northern Ireland) 2011.

She received a conditional discharge for 12 months and was disqualified from keeping animals for a period of 12 months.

Lord Mayor of Armagh City, Banbridge and Craigavon Borough, Alderman Gareth Wilson, welcomed the court’s ruling, saying: “The mistreatment of animals in our society is unacceptable.

“I commend the Animal Welfare Officer involved in this particular case, which highlights the Council operates a rigorous enforcement policy and when necessary to make sure that those people in our society who fail to meet the needs of animals are brought before the courts.

“I would urge the public to be vigilant and report any suspected cases of mistreatment or cruelty to domestic animals and equines to our Animal Welfare team on 028 3751 5800 or email animalwelfare@armaghbanbridgecraigavon.gov.uk.

“Complaints are investigated thoroughly and where necessary formal action is taken, which may include the issuing of Improvement Notices or where appropriate, the seizure of animals and prosecution.”