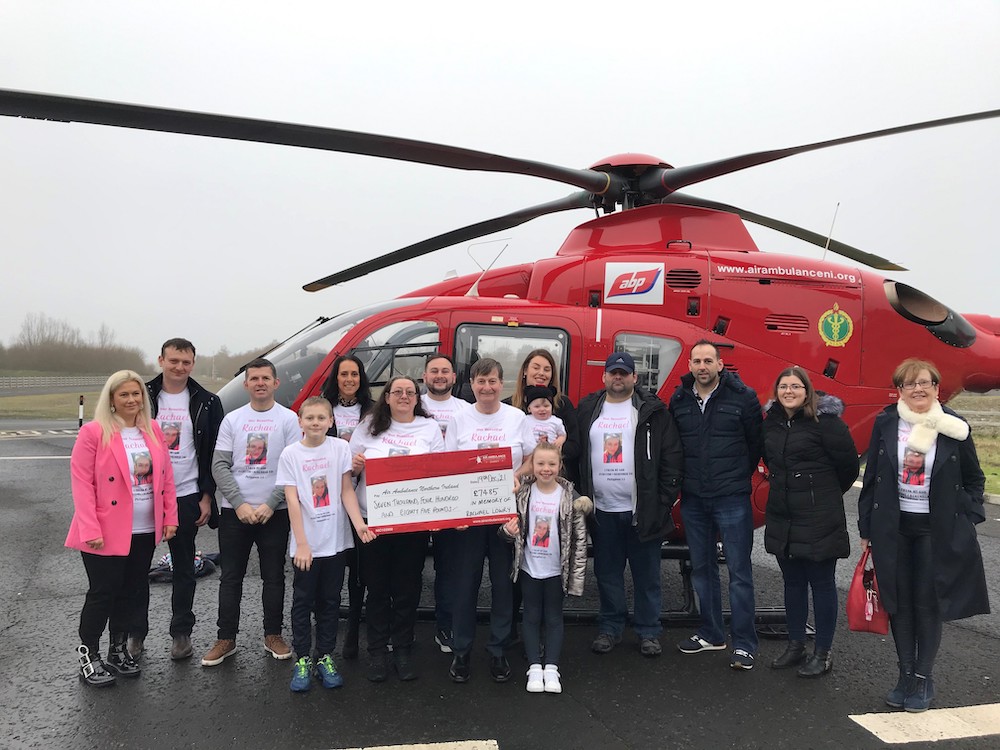 The family of Markethill teenager Rachael Lowry, who died following a road crash on September 24 last year, have raised almost £7,500 for charity Air Ambulance NI through a walk in her memory.

Rachael (17) had previously raised money for Cancer Focus by walking Cuilcagh Boardwalk, also known as the Stairway to Heaven, in Co Fermanagh.

This year, on September 26, to mark the first anniversary of her death, 15 members of her family took on the challenge of walking in her footsteps by completing the same route.

Afterwards, they visited the charity’s headquarters and handed over a donation of £7,485.

The family have thanked all those who have supported them over this past very difficult year as well as those who gave generously to the fundraising walk.

The Air Ambulance was among the emergency services which rushed to assist Rachael, who lived on the Redrock Road, Collone, after the accident on the Coolmillish Road. In a statement released at the time of the accident, Rachael’s family said she had “grown into a beautiful young 17-year-old girl with great gifts in music and creativity”.

“The family were so proud of Rachael when in 2017 she won the Junior World Drum Major Championship, and again in 2019 when she was runner-up in the Juvenile World Drum Major competition,” they said.

“With excellent GCSE results this year and beginning and beginning a Health and Social Care course at the SRC in Armagh, Rachael had a bright future ahead of her.”