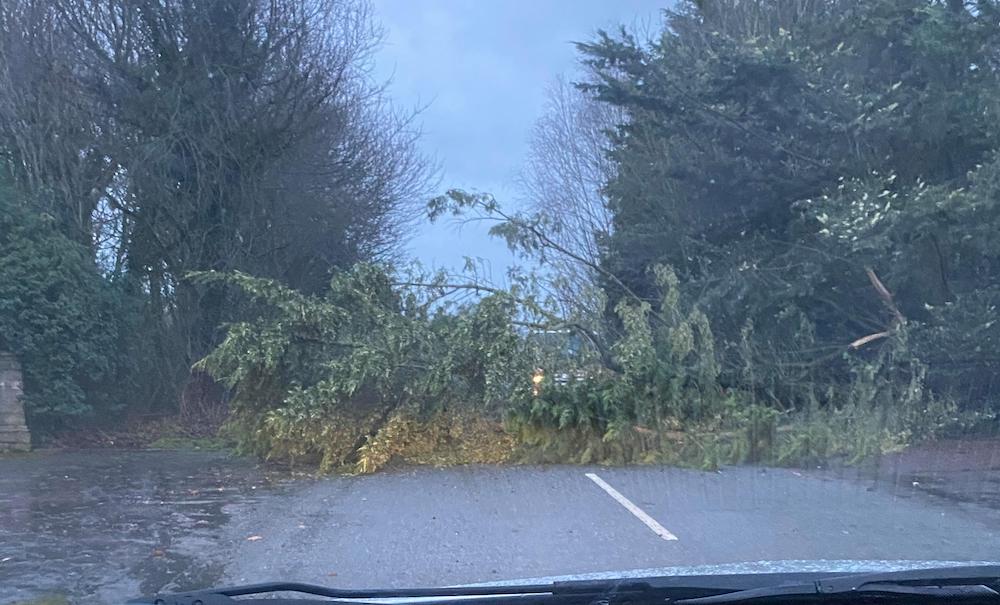 The Met Office is warning of gusts in excess of 100km/h (60mph) in some exposed and hilltop areas.

Armagh I has received reports of a tree down on the Markethill Road, near Burke’s tractors earlier today (main image).

Although the winds will subdue later tonight, the Met Office has issued a yellow weather warning for snow and ice, right though until late on Monday morning.

The warning is in place from 3am on Sunday.

There is the possibility of up to 3cm of snow in some low level area, depending on rain.

Higher amounts are expected over higher ground with up to 10cm possible over 250 metres.

Senior meteorologist Helen Rossington said the north-west of the UK “will bear the brunt” of the heavy rain and strong winds, with gusts of 50 to 60mph.

This could be up to 70mph around some of the islands of western Scotland and the north-west coast of Northern Ireland, she said.

“Such gusts are high enough to cause some structural damage, and perhaps bring some trees or branches down, as well as potentially affecting power supplies,” Ms Rossington said.