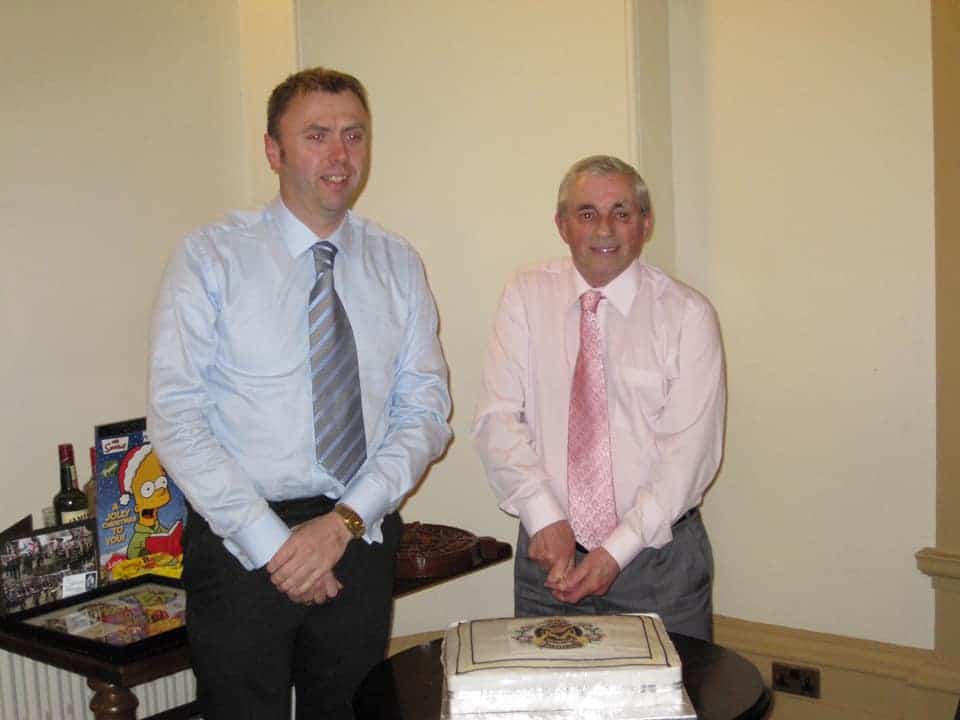 Ivan Walker, left, has been awarded the BEM for services to Markethill

A Markethill man who has been recognised in the Queen’s Birthday Honours 2022 for services to the community has spoken of his joy at receiving the award.

Ivan Walker scooped the British Empire Medal (BEM) for the work he has carried out in the Markethill area over the past four decades.

The  BEM is awarded to recognise ‘hands-on’ service that has made a difference in a local community, and Ivan’s work certainly fits the bill.

Ivan, who has lived outside Markethill all his life and is a lecturer at Southern Regional College, said the marching band scene has been very much centre-stage in his upbringing.

The tradition was strong in his family, with his mother being a member of Enagh Accordion Band prior to her marriage.

Having joined Kilcluney Volunteers Flute Band at 15, he now has a mammoth 40-year service record to it under his belt.

Speaking to Armagh I, he said he was over the moon with the award and “absolutely surprised” to have been nominated.

“I’m absolutely delighted that I have received the award and people have thought enough of me to apply for the award for the work I’ve done over the last 40 years,” he said.

Ivan has been chairman of Kilcluney band for 30 years, and during that time he has devoted himself to the betterment of the band and the development of young people coming up through the ranks.

He has also served as chairman of the Armagh Bands Forum since its inception in 2006, working with the local council, alongside political parties and the police, to deal with issues around parading and make parades more family-friendly.

He has also used this role to help deliver training programmes in areas such as first aid, marshalling and child protection, amongst other work.

“We’ve modernised the band fraternity, with all the new rules and regulations and things they need to comply with,” he said.

In a post on Facebook by Kilcluney band, Ivan was praised by colleagues for his tireless work within the Markethill area.

“With his involvement in the band, he has devoted himself to sustained and selfless voluntary service and has promoted the wider marching band movement at every available opportunity,” they said.

“He has helped organise the band’s annual parade and competition for many years, which is always held on the first Friday in June in Markethill.

“Through his endeavour and passion, he has helped turn the parade into one of the largest cultural events in the area.

“A worthy recipient in our eyes and fully deserved. Let’s hope he can work some magic and get the band an invite to Buckingham Palace at some stage!”