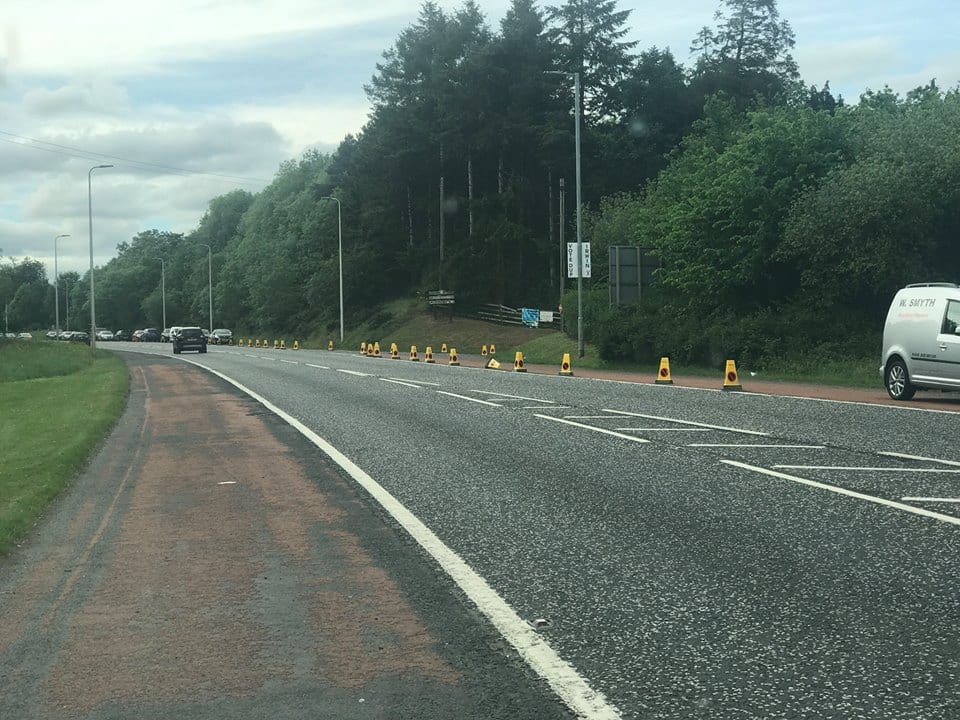 Visitors expecting to get a free pass to Gosford Forest Park by parking up on the hard shoulder were out of luck today.

Or they certainly had to walk a little bit further or risk a £30 on the spot fine!

The PSNI in Armagh has placed cones along the side of the road in a bid to deter motorists from parking.

It’s the first in a series of steps which will be taken in response to ongoing concerns over public safety from parking outside the forest park.

It is two weeks since the recent spell of warm weather prompted fresh calls for action to stop people from parking up to dodge the £5 admission.

But there are claims too that there is inadequate parking on site to accommodate would-br visitors.

And, Inspector Kieran Quinn, of Armagh’s Neighbourhood Policing Team, said two weeks ago the PSNI was aware of the issues.

He told Armagh I then : “We are aware of the parking issue around the Gosford Park area.

“The PSNI are working alongside a number of relevant, interested agencies and there are plans to commission a feasibility study in the medium to long term.

“Police will be stepping up patrols in the area and we will also be operating a number of speed checks.

“In the meantime, we would appeal to motorists to park safely and responsibly in the area and to show consideration for other users of Gosford Park.”