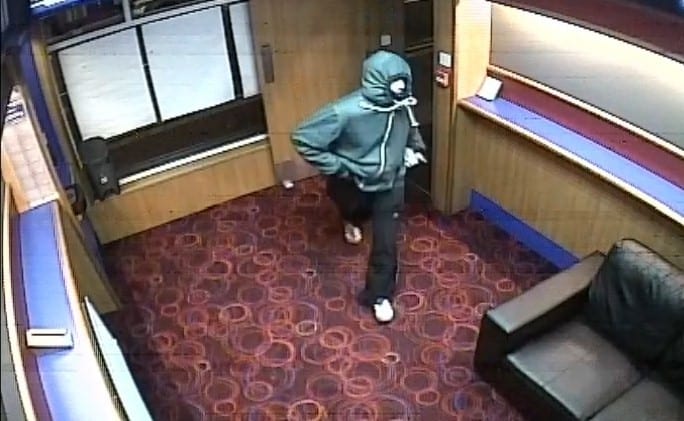 Detectives investigating an armed robbery in Lurgan are appealing for the public’s help in identifying a male captured on CCTV.

At around 9.20pm on Thursday 16th April a man armed with a meat cleaver robbed a bookmakers on North Street making off with a sum of cash.

Detective Inspector Will Tate said the robber made off from the bookmakers on foot in the direction of Ulster Street. He was described as around 5’ 10” tall, wearing tracksuit bottoms and a green hoody, tied at the neck and covering most of his face.

Police are keen to identify the male captured on the CCTV and are asking anyone who believes they may know his identity to get in touch with them at Lurgan CID. They would also like to hear from anyone with any other information that could assist in the investigation. The number to call is 101.

If someone would prefer to provide information without giving their name they can contact the Crimestoppers charity anonymously on 0800 555 111.