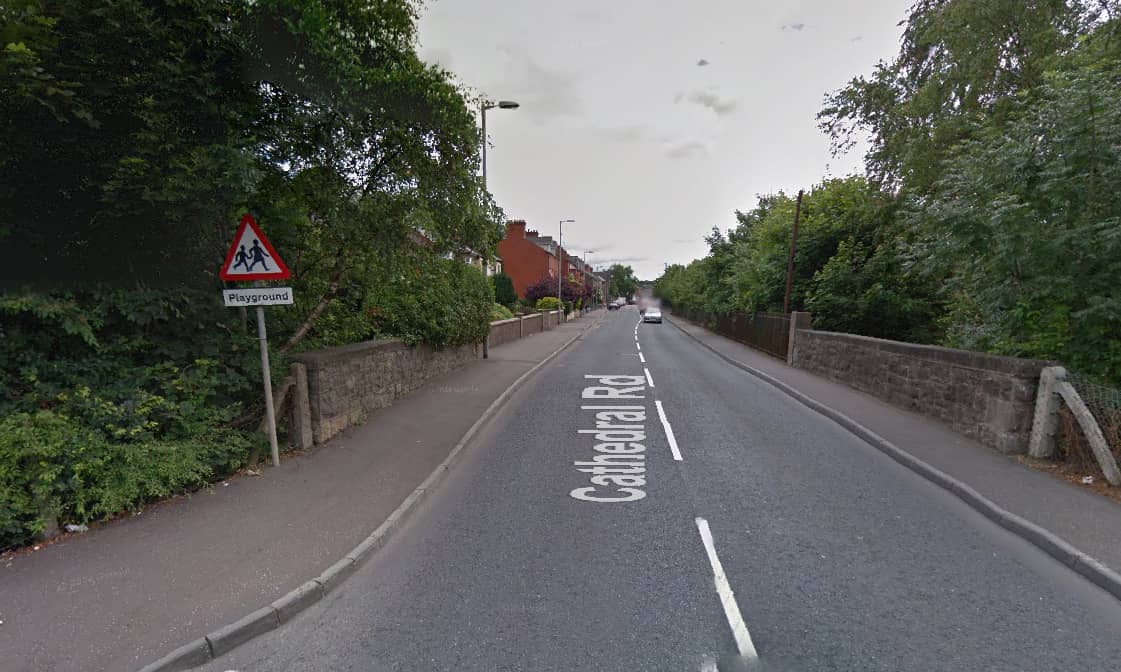 Police in Armagh have arrested a man following an aggravated burglary this morning.

Inspector Kieran Quinn said: “Around 10.35am this morning, 22 December, three masked males forced entry to a house on Cathedral Road. The men were armed with knives and firearms and made off with prescription tablets and two cars – a blue Toyota Avensis and green Citroen C2.

“Three people – a 53 year old man, 22 year old female and 26 year old male – who were in the house at the time were left very shaken by the incident.

“We circulated details of the stolen vehicles to all crews and police conducting a vcp on the Armagh to Newry Road observed a Totota Avensis approach their checkpoint. The Avensis attempted to turn to avoid the vcp and crashed. One male made off from the car and a 25 year old man was arrested. He is currently assisting police with their enquiries.

“We would like to hear from anyone who has information in relation to this incident. We can be contacted in Armagh on the 101 number.”

Meanwhile, Lord Mayor of Armagh Cathy Rafferty has called for a more visible police presence after this most recent robbery in the city.
Said Councillor Rafferty: “There is now a genuine fear amongst vulnerable elderly residents in the west of the city after details of the most recent robbery were released.
“There is a genuine fear amongst the community. This most recent vicious robbery has added to that fear and tension. This type of crime has become all too common in the locality and I appeal to all to be vigilant and alert to suspicious activity.
“I also encourage residents to watch out for their neighbours, particularly the elderly and more vulnerable.
“It is essential that there is a visible PSNI presence in the area also. This type of crime is all too common and those engaged in these serious criminal activities need to be apprehended and face the full rigours of the law.”

Man due in court after police vehicle rammed near border