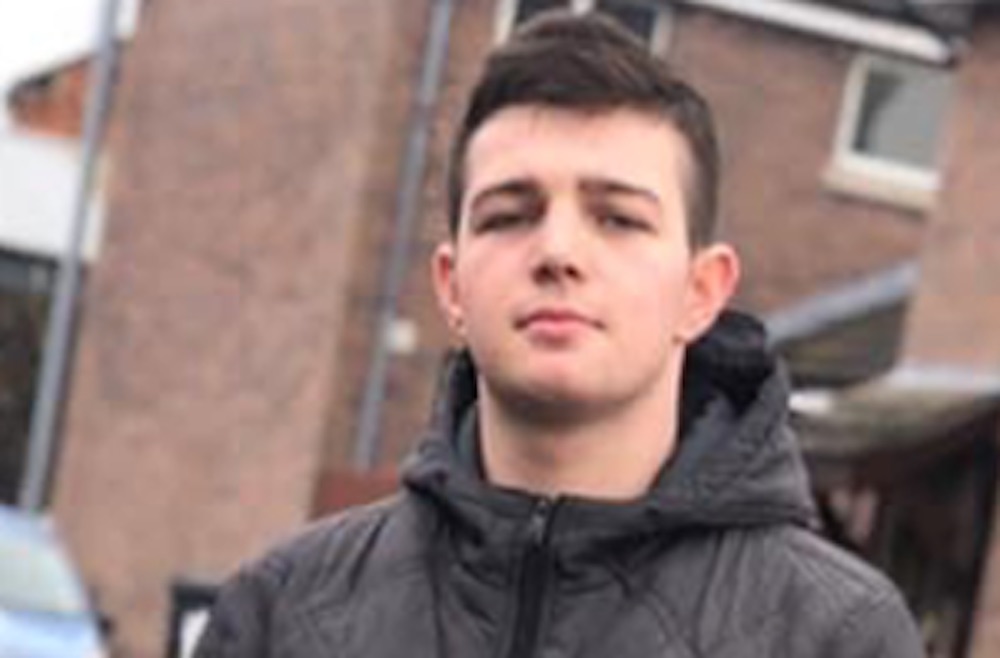 A talented amateur boxer, who was preparing for a title bout later this month, has been jailed for hijacking a taxi in Lurgan last year.

Appearing at Craigavon Crown Court, 21-year-old Jamie Murray, of Glenholme Avenue in the town, was today (Friday) handed a 20-month sentence, half of which will be spent behind bars, for hijacking the taxi after a night out on April 17, 2021.

Murray was also convicted of assaulting the taxi driver, driving with excess alcohol and driving with no insurance.

Outlining the facts, prosecution barrister, Joseph Murphy, stated that at approximately 11.50pm, a taxi was called to pick up Murray and two other females from a property in Derrytrasna.

On the way back, the taxi was told to divert to Carrigart Manor in order to leave Murray, who was heavily intoxicated, home.

As the taxi entered the estate, Murray was said to have been arguing with one of the females over a bottle of alcohol, at which point he opened the rear passenger door while the taxi was still moving.

The taxi driver told him he couldn’t do that and stopped the car. Murray then got out but took a handbag belonging to one of the females with him. She got out to retrieve it but was unsuccessful, and when she got back into the car, the driver went to exit the estate.

However, Murray then threw a bottle in the direction of the car, which smashed, prompting the driver to get out and check for damage.

The females got out of the taxi and tried to calm the defendant down but he walked over and got into the driver’s seat of the taxi, where the keys had been left in the ignition.

He drove it slowly down the road but the wheels were screeching as the automatic handbrake was still on.

The taxi driver managed to reach in and grab the keys but Murray then snatched all of the taxi driver’s possessions, including his phone, wallet and glasses.

He then got out of the car and started fighting with one of the females. The taxi driver tried to intervene but Murray once again punched him repeatedly to the face. This part of the assault was captured on mobile phone by a nearby resident.

When the driver fell to the ground, one of the females lay over him for protection but Murray tried to kick him to the head; the driver was able to dodge these.

A number of residents intervened and restrained Murray until police arrived.

On arrival, police noted the defendant, who was topless, had a a cut to his eyelid and had blood on his face.

He was arrested for hijacking and replied: “You’ve got the wrong man.”

When interviewed later that afternoon, Murray said he couldn’t remember the incident but that he’d be pleading guilty as the females he was with told him he had committed the offences.

He offered an apology to the victim but whenever he was shown the mobile phone footage he claimed it showed him being attacked first.

As a result of the incident the victim was left with a black eye, multiple scrapes to his face and a pain to his right arm. His glasses, worth about £340, were badly damaged.

Mr Murphy added that Murray, who has 24 previous convictions, assaulted a police officer – for which he was convicted – the day before the incident, on April 16.

He contended that aggravating features in the case involved an attack on a “public servant” as well as his relevant offences for assault and dishonesty, and that kicks were aimed at the taxi driver’s head.

Defence barrister Aaron Thompson contended that it was “a bit of a ham-fisted hijacking” in that it was not planned and that his client, “in a drunken haze…[has] obviously lost complete control of himself”.

“In terms of hijackings, this is pretty low in the pecking order,” he said. “It’s driven by a lack of of control rather than putting people in fear, intimidating them and then stealing a car.”

Mr Thompson added: “He’s due to have a boxing match [on March 19]; he had a bit of talent in his younger days. The positive of that is that it is a channel for him to throw himself into.

“He’s got an amateur bout coming up which is for a title belt, which is something he’s quite proud of and hopeful for.”

Crown Court Judge Patrick Lynch QC, reading out the 21-year-old’s rap sheet, said: “His record does not paint a very attractive picture of the defendant.”

And while Mr Thompson pleaded for leniency in avoiding a custodial sentence, Judge Lynch said the offence was “beyond that approach” and that “it is a grave offence in itself”.

Bringing into account the defendant’s age and guilty pleas, Murray was handed the 20-month sentence for hijacking and six months in respect of the common assault. He was further handed three months for each the driving offences. He was also disqualified from driving for 15 months.