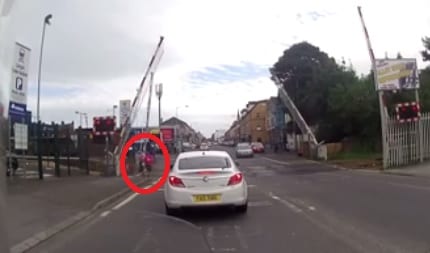 This is the shocking moment which shows a woman and child ducking under a railway barrier as a train approaches in Lurgan, county Armagh.

The incident is believed to have happened earlier this week.

The clip garnered furious social media responses and has been viewed almost 40,000 times on Facebook alone.

The PSNI responded with this message..