UVF displays on Lurgan houses are ‘attempt to intimidate residents’ 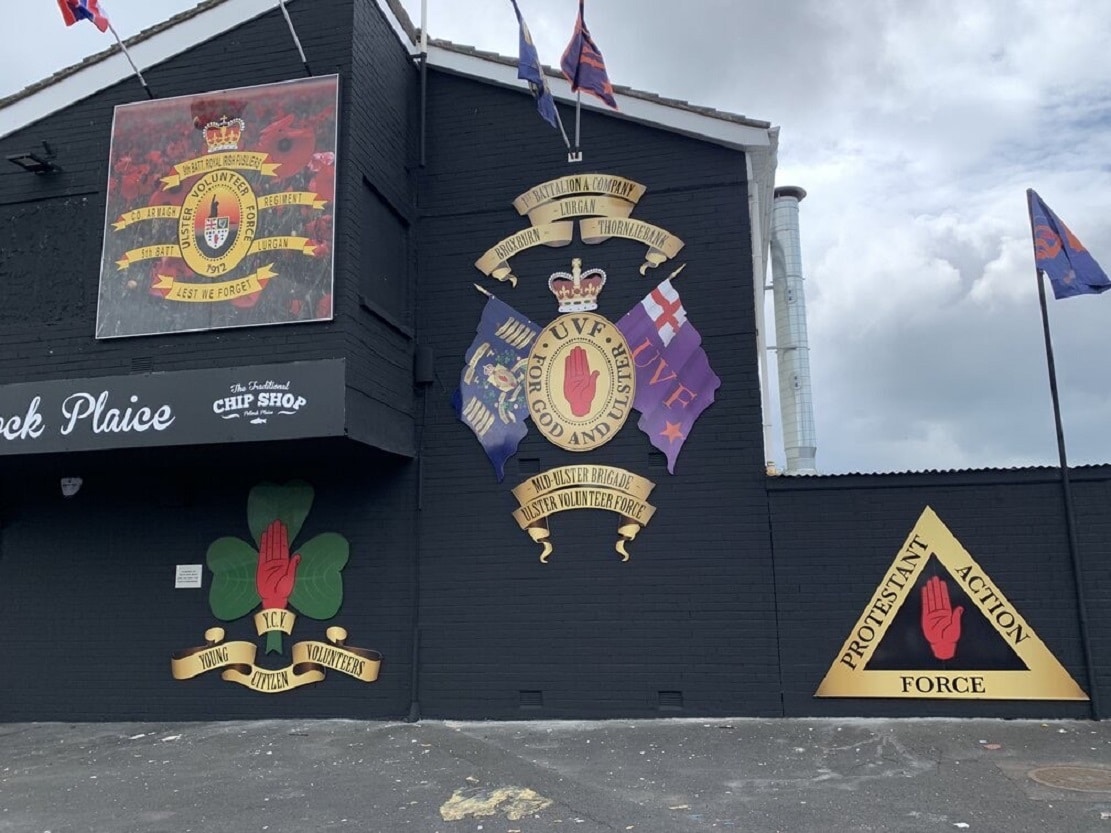 UVF facades which have appeared on the side of a Housing Executive property in Lurgan have been described as an “attempt to intimidate residents”.

These signs, depicting images an slogans claiming to represent Mid-Ulster UVF and associated other paramilitaries, were openly displayed at Pollock Drive close to a community centre.

They replaced previous facades of Edward Carson and the Somme among other historical events.

Alliance Councillor Peter Lavery said it was a sinister move by local paramilitaries and has now complained to the authorities.

“This is simply an attempt by the UVF to intimidate the local community in Mourneview. Crime gangs like them have no place in today’s society and should disband immediately,” he said.

“The community here wants to be left in peace so they can get on with their lives. This sinister attempt to try to bring fear into the area will not deter people from continuing to progress towards a more positive future.”

He added: “I have contacted the police about this incident and they are currently investigating. I would urge anyone with further information to contact the PSNI immediately.

“I have also requested the Housing Executive remove these facades from their property as soon as possible so it does not become a focal point to project fear into the community.”