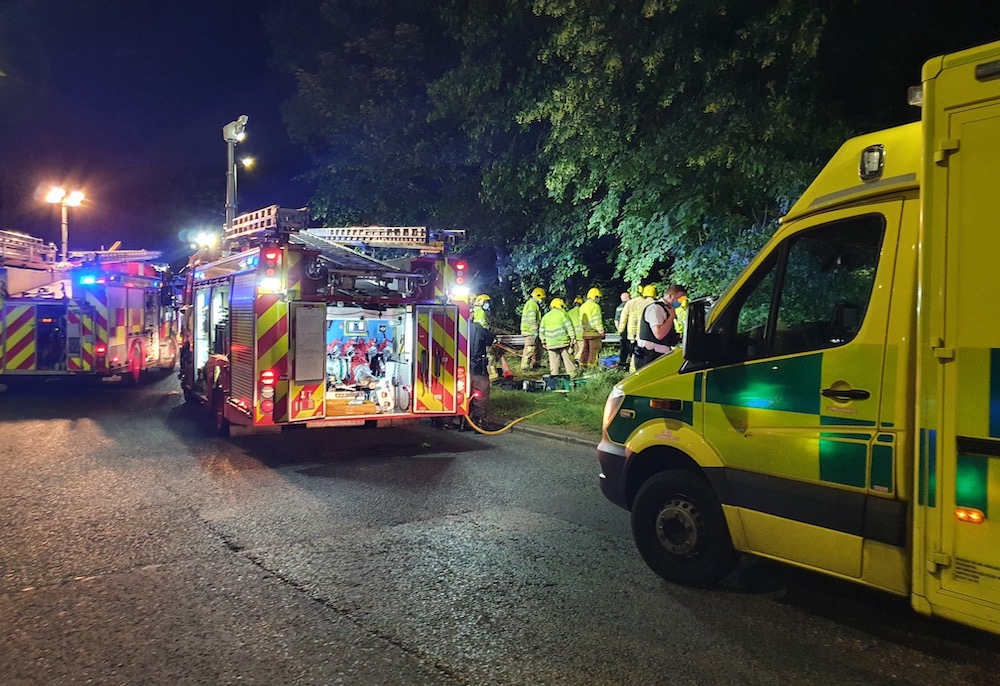 Two people were taken to hospital after a car collided with a telegraph pole on Lurgan on Tuesday night.

One of the injured persons had to be cut free from the wreckage along the Derrytrasna Road shortly before 11pm.

A man in his 20s was arrested on suspicion of drink driving.

Sergeant Simpson said: “At approximately 10.50pm we received a report that a car had collided with a telegraph pole.

“Officers along with other emergency services attended the scene and two people were taken to hospital for treatment.

“I would appeal to anyone who may have witnessed the incident or who may have any footage that could assist with our enquiries, to contact police on 101 quoting reference 2208 of 19/07/22.”

A NI Fire and Rescue Service spokesperson told Armagh I that three appliances, from Armagh, Dungannon and Portadown, attended the scene.

“Firefighters used cutting equipment to rescue the casualty from the car. Both casualties were left in the care of the Northern Ireland Ambulance Service.”