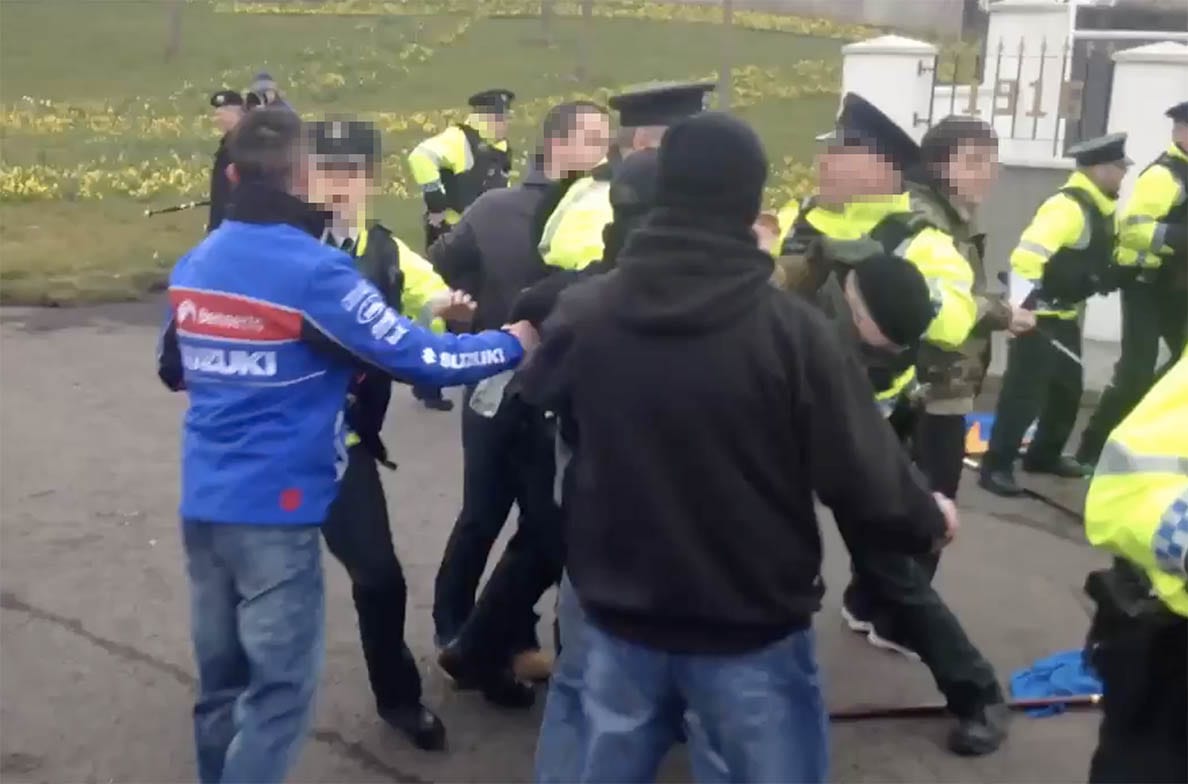 Two men have been arrested in relation to a number of offences around un-notified parade on Easter Sunday.

The men, aged 34 and 48, were arrested in the Lurgan area earlier today (Tuesday).

The 48-year-old man has been arrested on suspicion of affray, obstructing police and organising and taking part in an un-notified parade.

The 34-year-old man has been arrested on suspicion of affray and obstructing Police.

Both men are currently in custody, assisting police with their enquiries.

The arrests are in connection with an un-notified procession in Lurgan, on Saturday, March 31.