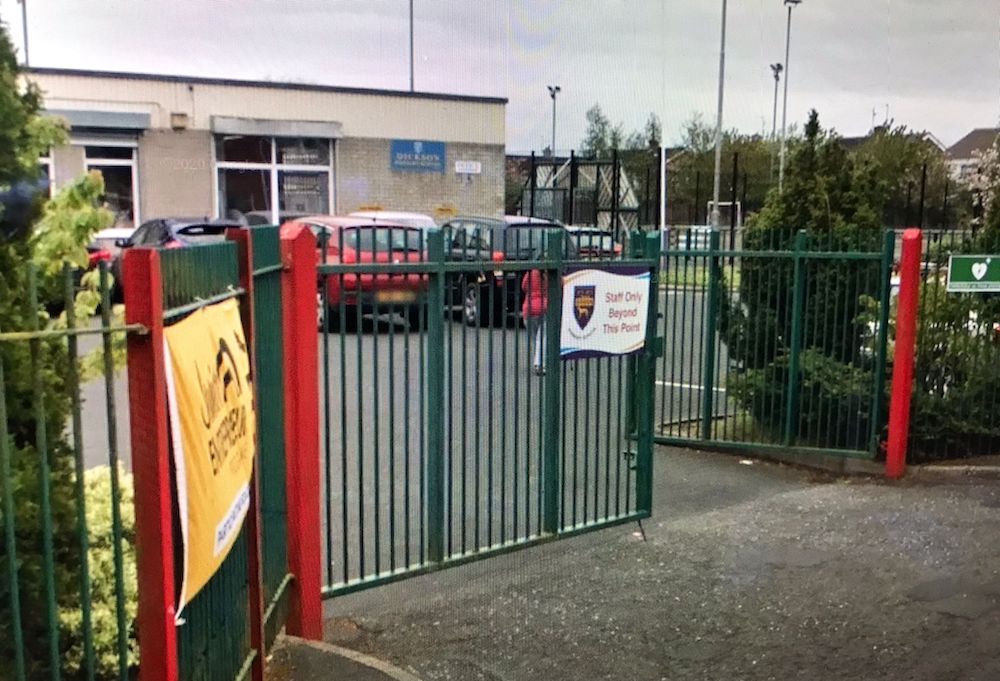 A Lurgan primary school was evacuated this afternoon after a “sick individual” phoned up with a hoax bomb threat.

Pupils and staff at Dickson Primary School were forced to clear their Pollock Drive premises after an unknown caller phoned up with a hoax bomb threat.

Police rushed to the scene with Army Technical Officers before the area was swept.

Evacuees were accommodated by Glenavon FC during the operation before the incident was declared a hoax. Children went home afterwards.

Chief Inspector Barney O’Connor said: “Following a report of a device left at a school in the Pollock Drive area of Lurgan this afternoon, Friday, police conducted searches and checks both in the building and the surrounding area.

“The school children were moved safely to nearby premises, where parents picked them up. Nothing untoward was found and police believe this to be a hoax.”

“I would like to thank the staff and pupils for being patient and the local community for their help. I would ask, if anyone has information they contact police  on 101 quoting the reference number, 705 10/06/22. ”

Upper Bann MP, Calra Lockhart, spoke of her disgust at the hoax call.

“What kind of sick individual calls a school and tells them there is a bomb under it,” she questioned.

“This is a reprehensible act. To target a Primary School, full of local children learning and enjoying their school day, with a bomb warning is a deplorable thing to do.

“I have no doubt that this outrageous act will have caused anxiety and upset amongst some staff and pupils. However, the response from the school was exemplary, evacuating the school straight away and ensuring all the pupils were made to feel safe.

“I also want to thank Glenavon Football Club for opening their facilities for use, and the local Mourneview and Grey Estate Community Association including Hospital Estate for their help with logistics.

“My plea is for anyone with information about this incident to bring it to the attention of the PSNI as soon as possible. I hope the culprit is identified and brought to justice.”