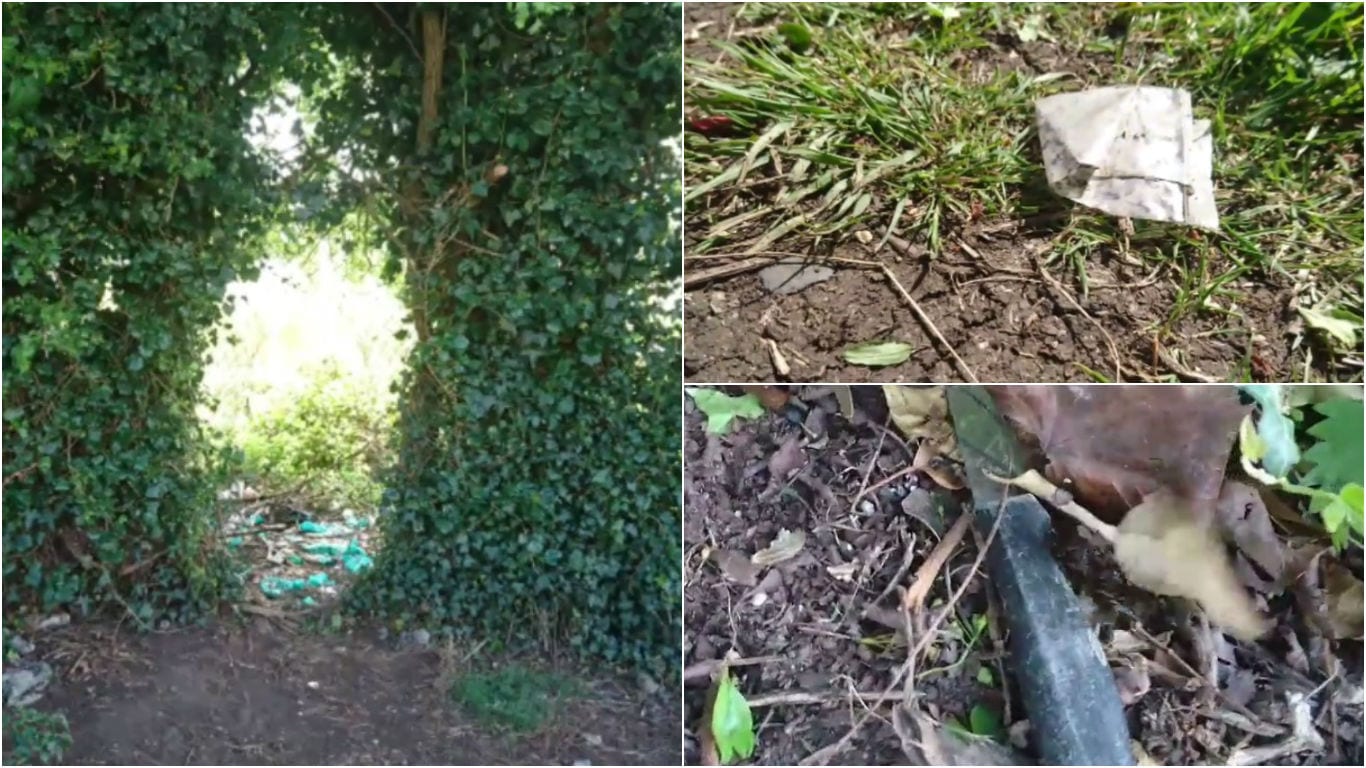 A shocking video highlighting the disturbing and horrific issues surrounding an old factory site in county Armagh has been published by police.

The video, posted by PSNI Craigavon, details some of the things police have encountered when called to an old factory site in Lurgan.

The video describes how officers had to help a 14-year-old boy covered in his own urine and unable to speak; 14-year-old semi-conscious girl choking on her own vomit, who spent nearly 24 hours in hospital and a 13-year-old boy collapsed and forgotten by his friends.

The video shows, in gruesome detail, the state of the site with drug paraphernalia, weapons and discarded clothes (including underwear), spread throughout.

Teenage girls have attempted to camp out on the site with before officers intervened.

Police wanted to emphasise how the area is not a playground but rather a death trap.

A PSNI spokesperson, commenting through Facebook said: “This video will shock many of you. It may be about one specific site, but kids are coming from across Craigavon and beyond to drink here. We’ve dealt with ones from Lurgan, Portadown, Derrymacash, Aghagallon and all in between.

“The stories featured in this video are from just the past few weeks! This isn’t historical, it’s NOW!

“If you know your child hangs around the old factory site on Victoria Street, then it’s time to up your game. If there’s even a possibility that they are, then watch this video and take stock. We’re doing our best to keep young people safe – what are YOU doing?

“The site is private land, so we can’t secure it. That puts the onus on everyone else to do their part.