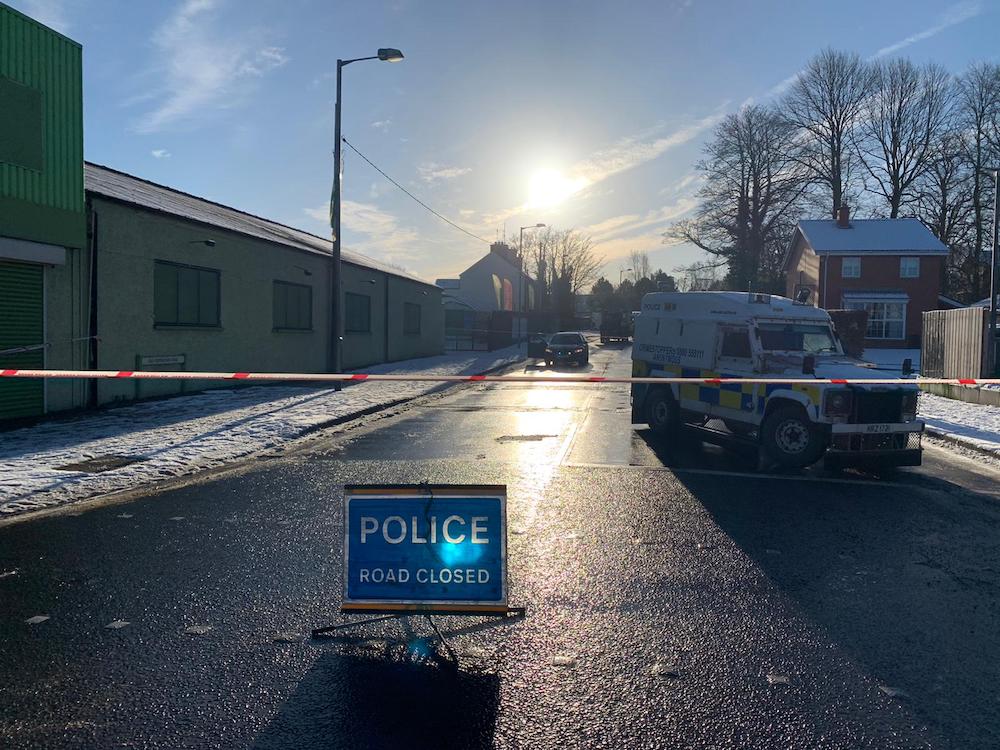 Residents have been evacuated following a security alert in Lurgan.

Police are currently at the scene of a security alert in the Manor Drive area of the town following the discovery of a suspicious object.

Traffic is being diverted away from the Old Portadown Road area and a number of residents have been evacuated from their homes, whilst the object is examined, police have confirmed.

Meanwhile, SDLP Councillor Ciaran Toman, the alert is causing major disruption for residents who have been forced from their homes, “even more so given the pandemic conditions we’re currently living under”.

“The alert is expected to have a knock-on effect on residents and traders of the community in Taghnevan,” said Councillor Toman.

“People in this community just want to get on with their lives free from this kind of senseless disruption.

“I would appeal to local people to be patient with police as they deal with the situation. No one wants to be in this position and the only people to blame are those responsible for these suspicious devices.

“I will be liaising with police throughout today to ensure that the area is made safe and families can return to their homes as soon as possible.”