Forget Snakes on a Plane - it's all going down in Lurgan! 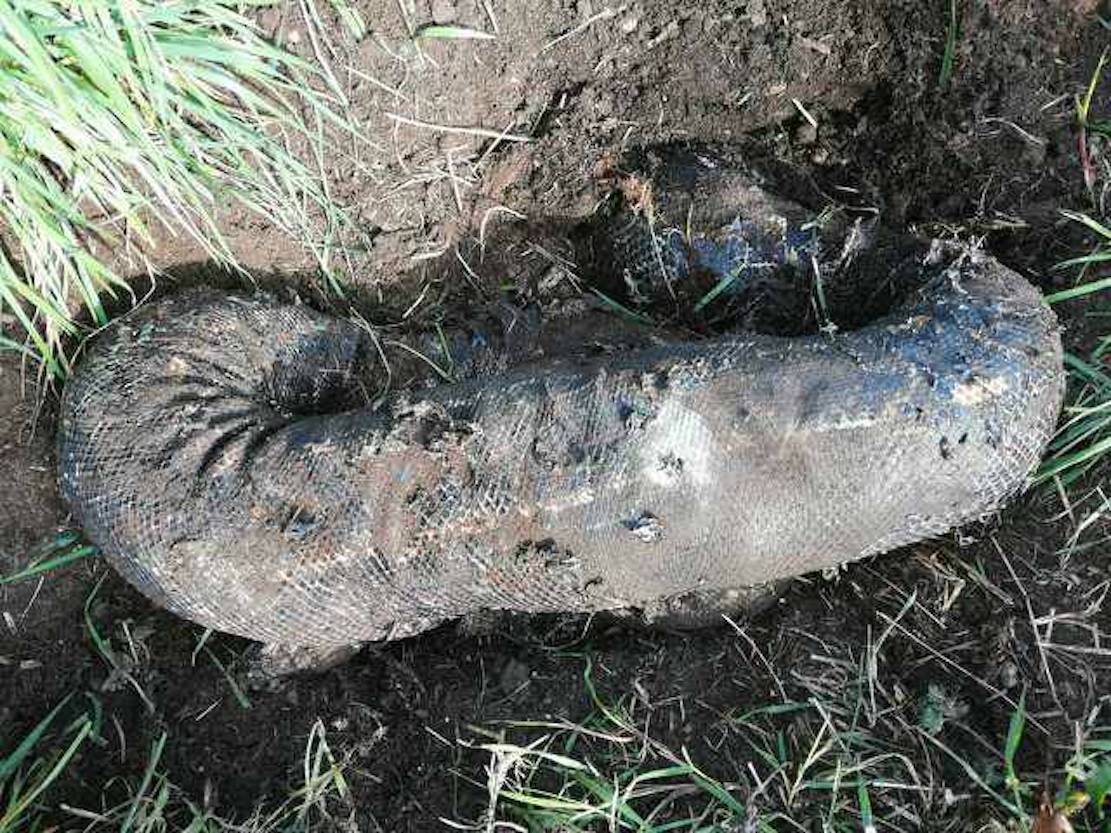 It’s like something straight out of a teenage mystery book but this one’s for real.

Police in Lurgan are trying to solve the mystery of how a massive snake came to be buried in a shallow grave.

This sight of this cold blooded creature is enough to make the blood run cold.

And the picture only shows a mere section of the beast.

It has been found in a field, close to the residential area of Carrickvale Manor, and police are stumped as to how it came to be there.

Officers took to social media as they enlisted the public’s help to try and find out more after Monday’s shocking discovery.

They believe it to be “some form of constrictor” and that’s as far as it goes.

A PSNI spokesperson, appealing on social media, said: “Animals die, they get sick or old, that’s normal, however there appears to have been an attempt to bury this in a shallow grave. It’s all a bit odd. What you can see here is roughly 5 feet (or 1& 1/2 meters) worth of snake, with plenty more buried.

“If you’re the owner of said snake, or have any idea who may be, please get in touch. We’d like to check all is OK, and that it has indeed died in captivity, rather than being released where it shouldn’t have and fallen foul of one of one of Lurgan’s Bucky infused pigeons.

“This isn’t the sort of pet you can descreetly hide. If you’re aware of anyone in the area who had something this size, let us know.