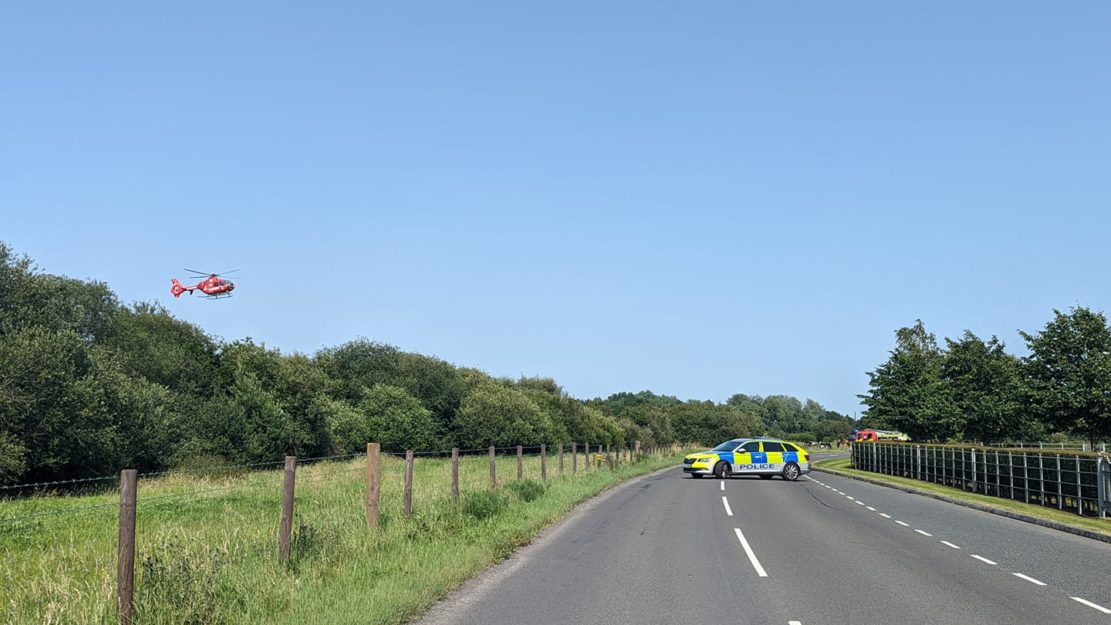 A man in his 30s had to be cut from a car yesterday (Monday) by firefighters using specialist equipment following a crash on the Boconnell Lane in Lurgan.

He was taken to hospital for his injuries.

Three other men were already out of the car, a black Subaru WRX, when the Fire and Rescue Service arrived.

Two fire appliances, one from Lurgan and one from Portadown, attended the one-vehicle collision which took place shortly before 2.30pm.

A NI Fire and Rescue Service spokesperson said: “The casualties were then taken into the care of Northern Ireland Ambulance Service.”

A spokesperson for the NI Ambulance Service said: “NIAS despatched two emergency crews, one rapid response paramedic, two officers and the charity air ambulance with HEMS on board were also tasked to the incident.

Meanwhile, police are appealing for information on the incident.

A spokesperson said: “Enquiries are continuing and we would appeal to anyone with any information or dash-cam footage available to contact police on 101, quoting reference number 1065 18/07/22.”