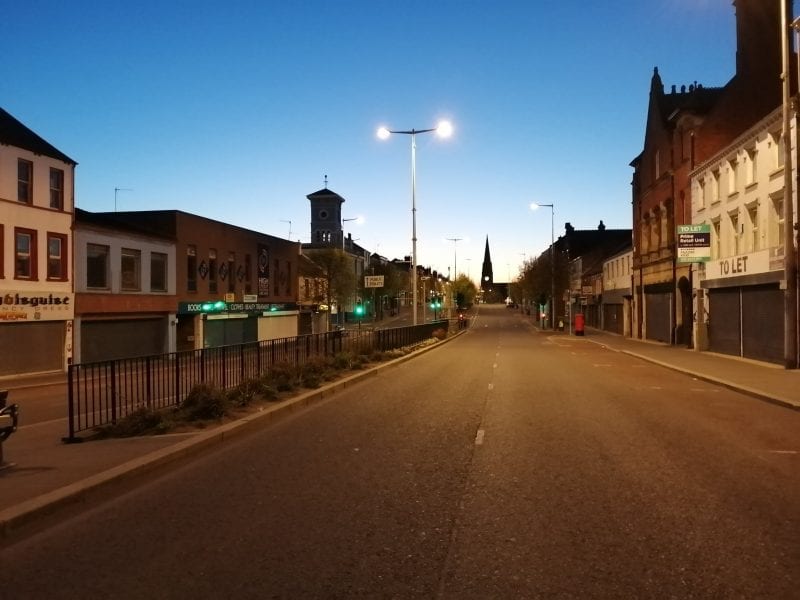 A Lurgan man who was almost five times over the drink drive limit narrowly escaped going to jail today (Monday).

Appearing at Lisburn Magistrates’ Court by videolink from police custody, Keith Wilson said he was “disgusted” at himself.

And, imposing a three month jail sentence which he suspended for two years, Deputy District Judge Chris Holmes told the 60-year-old his was the highest reading he had ever seen.

Having heard that Wilson, from Shaerf Drive in Lurgan, had “blown 174” with the limit being 35, the judge exclaimed: “That’s a huge reading. I think you are actually a record for me and I’m doing this for more then 30 years.”

He heard that Wilson, who admitted drink driving, driving without a licence and without insurance, was arrested on Saturday afternoon in Lurgan town centre following reports from the public about a drunk driver.

Police spotted a Citroen Berlingo with frontal damage, parked across two spaces at Flush Park and, when they spoke to Wilson, they noticed that his “eyes were glazed and his speech was slurred” so he was breathalysed and gave the mammoth reading.

A prosecuting lawyer revealed that Wilson is on police bail for a similar offence and that is due in court in the coming weeks.

Defence solicitor Conor Downey said Wilson was a “well educated man” but that recently, “things have gone terribly wrong for him…but one can only be thankful that no-one was hurt as a result”.

Sentencing Wilson, District Judge Holmes warned him that “if you reoffend, especially for drink driving, you will go to jail, as simple and straightforward as that”.