A deconstructed firework and what appeared to be ball bearings, all of which had been attached to a glass bottle filled with an accelerant, was found 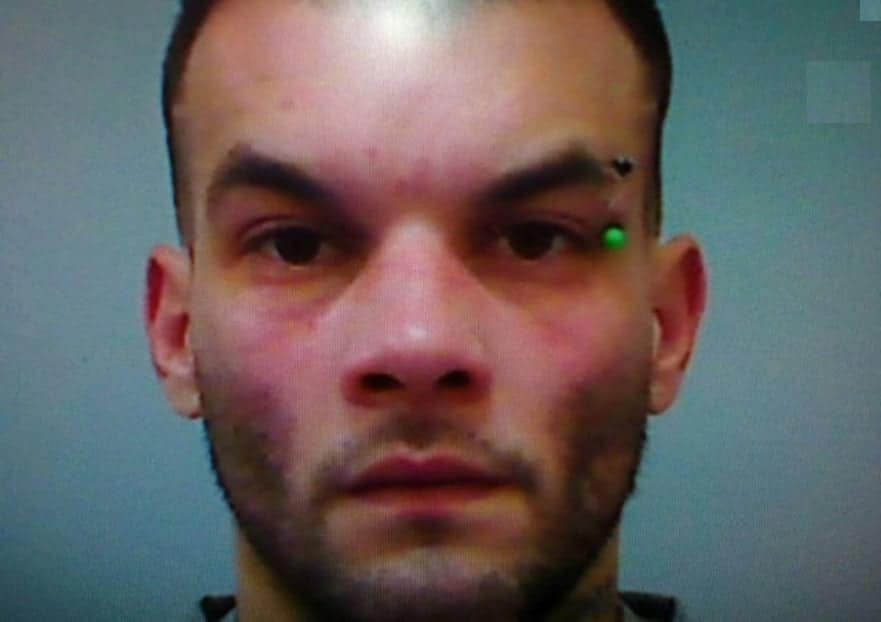 A Lurgan man accused of making an improvised explosive device was remanded into custody on Monday.

Refusing to free 33-year-old Sean Burns on bail, District Judge Rosie Watters told Lisburn Magistrates Court “I think anyone involved in making an explosive device is a danger to the public. I’m concerned about further offences.”

Burns, from Woodville Street in the town, appeared in court via videolink from police custody where he was charged with two offences – possessing explosives, namely fireworks and accelerant, and making an improvised explosive device, both under suspicious circumstances.

Giving evidence to the court Constable Fowles, who said she believed she could connect Burns to each of the offences, outlined how police were called to a domestic incident in the early hours of Sunday 18 October and found an item which “caused them concern.”

That item, the court heard, was a deconstructed firework and what appeared to be ball bearings, all of which had been attached to a glass bottle filled with an accelerant, and the officer said an Ammunition’s Technical Officer had declared it as “viable”.

Once that had been seized and made safe, officers conducted a further search where they uncovered an air rifle, an “assortment” of ammunition, “15 to 20 mobile phones”, fireworks, “a large number of knives”, a baseball bat and a crossbow.

Arrested and questioned about the seizures, Burns claimed he did not need a certificate for the air rifle, that the ammunition was BB pellets and that the viable device was not intended for any sinister use but he was going to use it to “light a bonfire”.

Constable Fowles said police were objecting to bail due to concerns that he would commit further offences.

Under cross examination from defence counsel Damien Halleron, the officer agreed that Burns had been freed on police bail in relation to firearms offences, but she told the barrister she could confirm his suggestion “there’s no evidence or intelligence that police believe he is a member of a proscribed organisation” as she was not involved in the investigation.

Submitting that Burns could be freed on bail with conditions to address police concerns, Mr Halleron claimed the defendant was not part of any illegal grouping or crime gang.

District Judge Watters refused to free Burns, however, and remanding him into custody until 13 November, said “he can go to the High Court for bail”.