Controversially demolished after a fire, the developer says the 15 apartments will be 'in keeping with the elegance' of the original and will 'sit within luscious landscaped grounds' 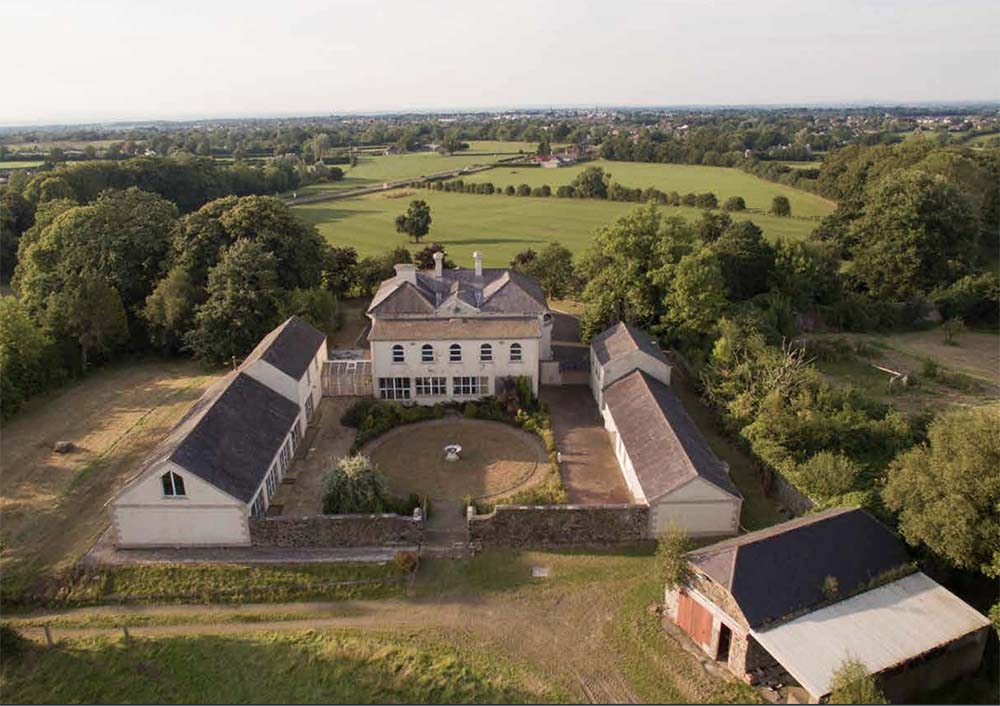 Proposals to build apartments on the site of the former Lakeview House in Lurgan – which was controversially demolished almost three years ago after a fire – look get to be given the go-ahead, Armagh I can reveal.

The many-featured application, which is due to come before ABC Council’s planning committee this week, also includes the restoration of the walled garden.

Planning officials, who have studied the details and public views voiced during consultation, are prepared to make a recommendation.

And that opinion will be that the proposals for the site at Gibson’s Hill, on the Gilford Road in Lurgan, should be allowed to proceed.

Lakeview House was razed to the ground in September 2018.

Residents had previously lobbied against a housing development going up on the site of the historic home a decade earlier.

Lakeview House had stunning features and boasted beautiful gardens and the site has remained largely untouched since demolition.

The current application would see the development of 15 “luxury” apartments in total, as well as the restoration of the walled garden.

There would also be a communal courtyard and communal store/building and garden rooms.

The redevelopment of the overall site incorporates the addition of “luscious” landscaped gardens too.

The plans also allow for the alteration of the existing private laneway to provide passing bays for future tenants, as well as other siteworks. There would be over 30 parking spaces provided with two designated disabled bays.

The application has been submitted to Armagh City, Banbridge and Craigavon Borough Council in the name of Craigavon-based Endeavour Building Ltd.

It described the former Lakeview House as having lain abandoned and vacant for a number of years.

The submission added: “Following a fire on the premises the burned remains of the Manor House were demolished and the site was cleared in 2018.”

As we reported last year, a transport assessment form says the development would be “very well served by existing pedestrian, cycling and public transport facilities”.

TSA Planning – in a supporting statement to council in recent weeks – said the scheme would be in keeping with surroundings and the former Lakeview House, which was described as a “key focal point within the landscape” prior to the fire.

It adds: “It was very important to the applicant that an appropriate scheme was designed for this site which was in keeping with the elegance and proportions of the previous Lakeview House.

“The original form of Lakeview House consisted of a sizeable manor house with outbuildings forming a courtyard.

“Taking this into consideration it was therefore considered that a luxury apartment development would be a fitting replacement on these lands, compared to the redevelopment of the site for a housing estate.

“The proposals are therefore reflective of the original building form in terms of design, scale and massing.

“This development proposal consists of the erection of a new high quality scheme comprising a total of 15 apartments – 11 two-bed apartments and four three-bed apartments – which will sit within luscious landscaped grounds, including a walled community garden/allotments for residents.”

A number of nearby residents of Lakeview Meadow raised concerns during the consultation.

Another added: “We currently reside in a property that would back onto the access road and have serious concerns about the suitability of that lane as an access road for site traffic and also forresidents once complete.

“The road is narrow and surrounded by protected trees and wildlife which could be disturbed and damaged during the building process.

“The passing point is also suggested to be placed right behind our property which would cause disruption to our own peace and enjoyment. Also from the drawings the height of new properties would be imposing on some of the other properties in the estate and would steal light. Level would need to reduced to stop this inconvenience.”

Despite the objections, council officials have looked at the various elements and concerns and are content that the proposals can go ahead.

That is what they will be telling members of the planning committee when it sits on Wednesday but, as always, it will be up to the councillors to decide whether or not to accept their recommendations.