Kings Park Primary School has not made the list, despite political intervention, with budget restrictions to blame for its omission and just four schools in Upper Bann to benefit 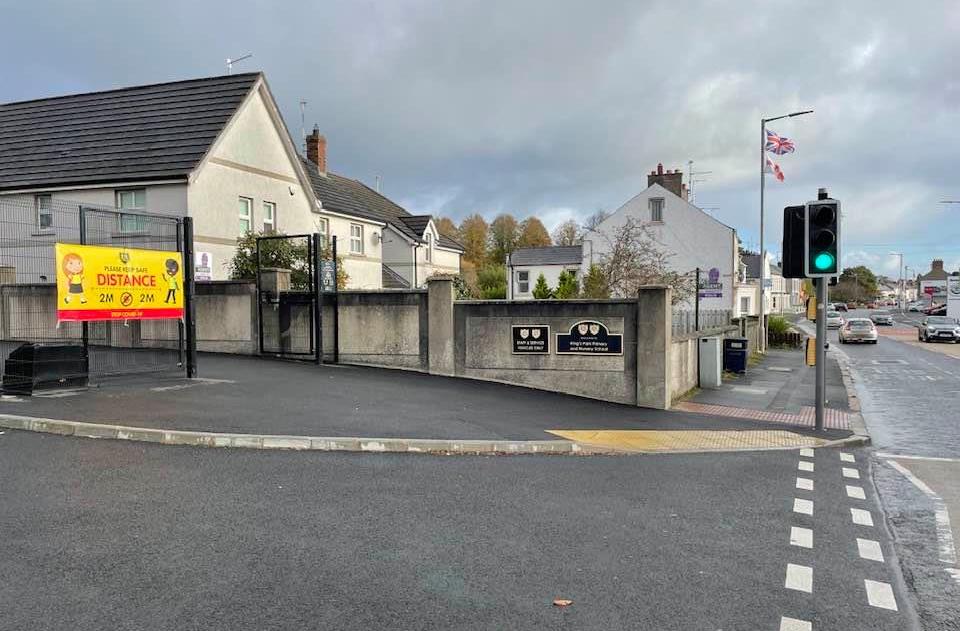 There are no immediate plans to introduce a 20mph speed limit outside a Lurgan primary school despite serious concerns for the safety of pupils and staff.

The issue has been raised by Kings Park Primary and parents after a number of recent incidents.

But despite political intervention, the school has not made the list of those which will see 20mph speed limits rolled out – with budget restrictions to blame for its omission.

Just last week, DUP Alderman Stephen Moutray flagged the issue once again, when he said: “It has been brought to my attention that there have been a few incidents in recent weeks at the school crossings at the Kings Park entrance on the Avenue Road, Lurgan.

“It is imperative that drivers take great caution at this location to protect the crossing patrol man and the children that he is helping to cross.

“With the onset of the dark winter days this is even more important.

“Over recent days I have been in contact with both PSNI and Roads Service to see what measures can be put in place to slow traffic flow and ensure pedestrian safety on the crossing.

“PSNI have promised to have an increased presence at school times to ensure safe driving. PCSP have agreed to fund additional ‘child signage’ and Roads Service have agreed to assess the location with a view to introducing a ‘School 20mph Zone’ at school start/end times. I will be pushing for these measures to keep our children safe.”

However, it is disappointing news on that last issue as the head of department has indicated that there is a limited budget and other schools ‘ranked higher’ for such measures after assessment.

In all, just four schools in Upper Bann are planned to see 20mph limits introduced during the current financial year.

The information was provided to the Upper Bann’s Doug Beattie MC MLA who had asked if Kings Park Primary had been down for inclusion.

Minister Mallon responded: “I was very pleased to be able to commit to the delivery of part-time 20 mph speed limits at 106 schools this year. These measures will increase driver awareness and achieve reductions in vehicle speeds outside and near these schools ensuring that parents, children and staff will be safer as they go to and from the schools on a daily basis.

“Given the restricted budgets for works of this nature, as well as the practicalities of delivery, it was necessary to limit the number of schools to approximately 100 in each of the 2020/21 and 2021/22 annual programmes across Northern Ireland.

“Unfortunately, based on the assessment scores undertaken for the roll out of both tranches, Kings Park Primary School, Lurgan, did not rank as highly as a number of other schools within Roads Southern Division.

“All schools in the Division were assessed based on considerations of need in terms of collision history, speed, traffic volume and local infrastructure as well as individual site constraints.

“My officials are now working hard to progress the legislation for the 29 schools in Southern Division – including four in the Upper Bann area – for the 2021/22 annual programme.

“Kings Park Primary School will remain under consideration for inclusion in future programmes, the extent of which will be dependent on the available budget.”