'To come into a public space for seven Sundays this year is something that I find incredible that we, as a council, are even considering' 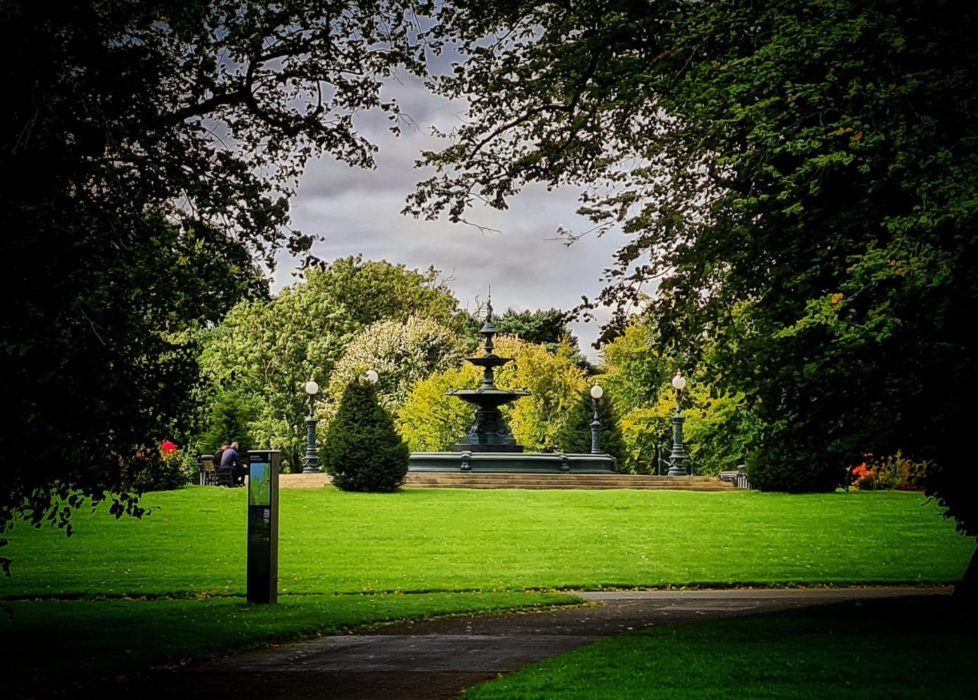 Lurgan Park looks set to be the venue for seven evening praise services this summer despite opposition to the proposal from Sinn Fein.

A request to use the park for seven evenings throughout July and August for a short church service in an outdoor setting was submitted to the council by Lurgan Baptist Church and came before the environmental services committee on Tuesday, June 7.

Each service will see singing, Bible reading and a short Bible message take place around Lurgan Park’s fountain from 4.30pm to 5.30pm.

It is estimated approximately 100 members of Lurgan Baptist Church will attend each service which will also be open to the general public.

The request was brought to the committee as council’s by-laws state that “no person shall preach, lecture or take part in any public meeting for political, religious or any other purpose…except with the prior consent of the Council…”

Committee members were told a rural needs assessment has been carried out and officers are not aware of any equality or good relations implications as a result of this request and council officers recommended members approve the request.

However, opposition was expressed by Sinn Fein councillor Keith Haughian who said the park is used by all sections of the community.

“Our party are opposed to this, I am not happy at all that this has even been properly considered to be honest as our parks and leisure facilities, Lurgan Park in particular, is used by all sections of the community,” said Cllr Haughian.

“People use the park as somewhere they can go to escape the kind of pressures of daily life. It is actually irrelevant which church it is, we don’t feel and I don’t feel, that any church or group should be using the park on a consistent basis like this.

“To come into a public space for seven Sundays this year is something that I find incredible that we, as a council, are even considering.

“The Council by-laws exist for a reason and I understand it is our decision but they exist for a reason. These spaces need to be shared, completely neutral venues, and I would urge other members to please just consider leaving the park as a free quiet space.

“I am happy for officers to work with this particular church to find an alternative venue or to work with them for space, there are plenty of spaces that could be used to facilitate this group but Lurgan Park is not the space and I would propose that we do not accept the officer recommendation.”

Alderman Stephen Moutray proposed the request was approved and said he was disappointed by Cllr Haughain remarks, describing them as “regrettable and unfortunate” and said the last thing the folks in Lurgan Baptist Church would want it to cause division on council.

His proposal was seconded by Alderman Mark Baxter who noted lots of different activities and events take place in the park.

“The UK Pipe Band Championships are in the park on Saturday, the Lurgan Park Rally went through Lurgan Park so I am very disappointed in the comments,” he said.

“It is maybe not about what is alleged, there is perhaps a different agenda here.”

UUP Councillor Jill Macauley said she would be happy to support the recommendation as did SDLP councillor Thomas Larkham and Alliance Party councillor Brian Pope.

Councillor Catherine Nelson said she has submitted in writing her concerns about the equality screening that has been carried out in relation to this request.

“With regards to people comparing this to other events that have happened in the park, it is not realistic,” she said.

“For me, our parks should be free from politics and religion and we should be able to go to our parks and enjoy them without politics or religion going on in the background.

“I thin that means our parks are safe, welcoming and open for everyone. The idea that it is open to all so therefore has no impact on equality is ludicrous so I will certainly be following up on this in the days ahead.”

“That is why we are discussing this tonight, that is why there is an issue,” he said.

“It needs to be brought forward before the chamber to decide if it can take place so for Ald Baxter to throw comments towards me tonight about hidden agendas is absolutely disgraceful.

“We will be following this up but I am quite happy now for this to be put to the vote.”

A recorded vote then took place with the 14 members of the Alliance Party, DUP, SDLP and UUP present voting in favour of approving the request to allow Lurgan Baptist Church to hold an outdoor service in Lurgan Park on seven Sunday evenings across July and August.

The four Sinn Fein councillors present voted against the proposal.

Those who voted in favour of the proposal were, Aldermen Barr, Baxter, Burns, Moutray and Rankin and Councillors Flaherty, Johnston, Larkham, Macauley, McClelland, McIlwrath, Pope, Toman and McNeill

Councillors Donnelly, Duffy, Haughian and Nelson voted against the proposal.