One of Ireland’s leading refrigerated and general hauliers, the development - at its Aghalee HQ near Lurgan - is "designed to accommodate future expansion of the business". 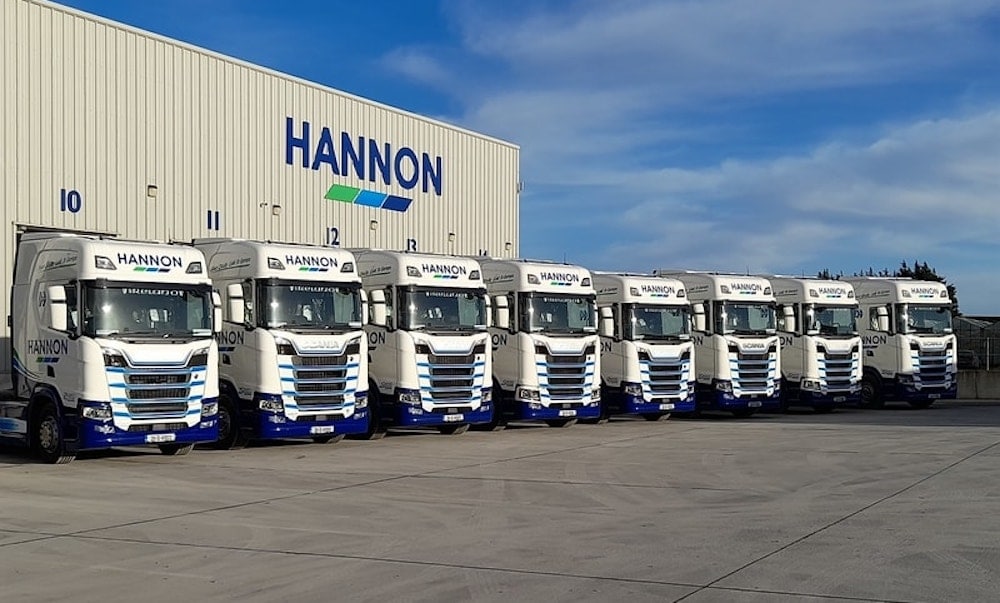 A County Armagh transport company has been given planning approval for new office accommodation which would see an additional 10 staff on site daily.

Hannon Transport Ltd will build its new facilities – which is designed to accommodate future expansion of the business – to the “east and north east of 21 Brankinstown Road, Aghalee, Lurgan“.

The company had submitted an application to Armagh City, Banbridge and Craigavon Borough Council for consideration in May last year.

The earmarked location is already owned and operated by the company as a haulage yard, with associated offices, workshop sheds and lorry wash.

Now the company has applied for – and been given – approval to build new office accommodation and storage for large haulage parts in relation to the existing business.

The application indicates that the approved development would see the number of staff on site daily increase by 10 – from 45 to 55.

Hannon is one of Ireland’s leading refrigerated and general hauliers dealing with the daily transportation of cut flowers, plants, fruit and vegetables, meat, dairy and general goods.

It offers the same door-to-door service whether it be for a full load or groupage, and boasts highly trained teams operating from bases in Aghalee, Dublin, Rotterdam and Amsterdam.

According to the professional planner’s report, the proposal involves the demolition of the building nearest the Brankinstown Road and the construction of the new office development.

And the planning official, having studied the application, considered that it did “comply with relevant planning policies” and recommended approval.

It did so after concerns raised by DfI Roads in relation to “discrepancies” between the plans and the original planning application form had been addressed, as well as information provided on parking.

In a letter from the MRA Partnership on behalf of Hannon Transport, ABC Council’s planning officials were provided with an explanation over concerns the plans had shown 47 workstations but indicated 10 additional staff.

It stated: “The large amount of office space shown is designed to accommodate future expansion of the business. This is a road haulage firm, and this is a where core administrative, planning and fleet management services will be undertaken from.

“There are plans for existing staff to move into the new offices when they are completed. It is not in the interest of the core business for this site to be congested by cars, as easy access by large HGVs is critical to the business. The parking provided is considered fit for purpose by the applicant.”

And it adds: “The site plans show 24 HGV/trailer spaces, 11 spaces for tractor units  54 spaces provided on site in total.

“In reality the demand for parking at any one time on site will be much lower. This is in part due to the timing of shifts on site. Hannon Transport has also introduced a ride to work scheme and has encouraged their employees to share cars to reduce the number of vehicles on site.

“Visitor parking should not be required to the usual standard of 10% additional parking due to the lack of visitors to the site. Currently there would be less than one visitor to the site each day and these visitors could be accommodated in the staff parking which, as previously mentioned, is rarely at full capacity.

“Most visits to the site are from delivery or service vehicles and would not stay for long periods of time. If necessary additional parking could be created by converting one of the existing lorry parking bays into car spaces if DfI Roads felt this was appropriate.

“Another concern of DfI Roads was the new storage area not included on the P1 form. This area is a replacement of a storage area which has been on the site for many years, believed to be the original building from where the business has grown. As this is considered a replacement and not an increase it was not included.”

The recommendation to approve has been accepted and the company provided with the authority to proceed.